Those who believe that there is a fundamental conflict between economic growth and environmental protection will find Pope Francis’ recent encyclical, Laudato Si (Praised Be), a welcome addition to the literature; as well as an important tool in helping others, especially Catholics, to understand and accept the limitations of economic growth. Pope Francis explains how the environmental and social crises we are experiencing will require “profound changes in lifestyles, models of production and consumption, and the established structures of power which today govern societies.” Few in the world have as large a reach as the pope, so it is encouraging to hear him speaking so clearly on these crucial issues.

Pope Francis begins by describing the many ecological crises ravaging the planet today. While the media have focused almost exclusively on his inclusion of climate change, referring to it as the “climate encyclical,” he actually discusses a host of other ecological crises as well, from the loss of biodiversity and forests, to water and air pollution.

The earth, our home is beginning to look more and more like an immense pile of filth.

He then delves into a number of social crises, including inequality, societal breakdown, and declining quality of life, directly relating them to the ecological crises.

Human beings too are creatures of this world, enjoying a right to life and happiness, and endowed with unique dignity. So we cannot fail to consider the effects on people’s lives of environmental deterioration, current models of development and the throwaway culture. 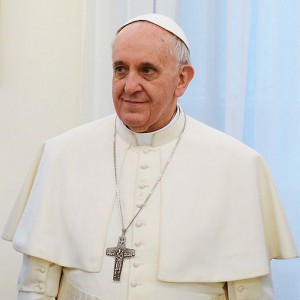 The pope suggests some fundamental causes of these crises including a very interesting discussion around technology. While some have accused Pope Francis of being against, or at least afraid of, technology, that is far from the truth.

Technology has remedied countless evils which used to harm and limit human beings. How can we not feel gratitude and appreciation for this progress, especially in the fields of medicine, engineering and communications?

The problem for Pope Francis is not technology per se, but “the way that humanity has taken up technology and its development according to an undifferentiated and one-dimensional paradigm.”

Men and women have constantly intervened in nature, but for a long time this meant being in tune with and respecting the possibilities offered by the things themselves. It was a matter of receiving what nature itself allowed, as if from its own hand. Now, by contrast, we are the ones to lay our hands on things, attempting to extract everything possible from them… [h]uman beings and material objects no longer extend a friendly hand to one another; the relationship has become confrontational. This has made it easy to accept the idea of infinite or unlimited growth, which proves so attractive to economists, financiers and experts in technology. It is based on the lie that there is an infinite supply of the earth’s goods, and this leads to the planet having every last drop and more squeezed out of it.

In a thoughtful conversation around this technocratic paradigm and its effects, Pope Francis laments how this paradigm tends to dominate economics and political life, degrade the environment, benefit small sectors of society, magnify humanity’s effects on Earth, and create overspecialization, obfuscating the bigger picture.

A culture of relativism in which “human beings set themselves at the centre [and] give absolute priority to immediate convenience and all else becomes relative” is another root cause of our crises, according to Pope Francis.

[The culture of relativism] is also the mindset of those who say: Let us allow the invisible forces of the market to regulate the economy, and consider their impact on society and nature as collateral damage.

This same “use and throw away” logic generates so much waste, because of the disordered desire to consume more than what is really necessary.

Another fundamental cause of today’s crises proffered by Pope Francis is the almost exclusive focus on economic growth and ever-increasing consumption as solutions to social problems.

Social exclusion, an inequitable distribution and consumption of energy and other services, social breakdown, increased violence and a rise in new forms of social aggression, drug trafficking, growing drug use by young people, and the loss of identity. These are signs that the growth of the past two centuries has not always led to an integral development and an improvement in the quality of life. Some of these signs are also symptomatic of real social decline, the silent rupture of the bonds of integration and social cohesion.

Since the market tends to promote extreme consumerism in an effort to sell its products, people can easily get caught up in a whirlwind of needless buying and spending. Compulsive consumerism is one example of how the techno-economic paradigm affects individuals…That paradigm leads people to believe that they are free as long as they have the supposed freedom to consume. But those really free are the minority who wield economic and financial power.

If we acknowledge the value and the fragility of nature and, at the same time, our God-given abilities, we can finally leave behind the modern myth of unlimited material progress. A fragile world, entrusted by God to human care, challenges us to devise intelligent ways of directing, developing and limiting our power.

On an individual level, Pope Francis speaks of the importance of people experiencing an “ecological conversion” in which they develop a deepened appreciation and love for life in all its forms: “a loving awareness that we are not disconnected from the rest of creatures, but joined in a splendid universal communion.” It becomes clear to them that “nature cannot be regarded as something separate from ourselves or as a mere setting in which we live. We are part of nature, included in it and thus in constant interaction with it.”

Fortified by this conversion, people become more active in their communities usually through one of the “countless array of organizations which work to promote the common good and to defend the environment, whether natural or urban.” Actively engaged citizens are more likely to become environmental educators at their school, in their family, at church, and elsewhere. This education includes “a critique of the ‘myths’ of a modernity grounded in a utilitarian mindset (individualism, unlimited progress, competition, consumerism, the market without rules)…and helping people, through effective pedagogy, to grow in solidarity, responsibility and compassionate care.”

On a societal level, Pope Francis lays out some principles to guide our actions into the future. He says that for too long, political decisions have been made based on outdated economic ideologies and by specialized technicians seemingly incapable of seeing the bigger picture.

Today, in view of the common good, there is urgent need for politics and economics to enter into a frank dialogue in the service of life, especially human life.

Another of Pope Francis’ guiding principles is the need for more long-term thinking. He believes that politics and business have been dominated by short-term thinking for too long, making important changes difficult. He speaks often of intergenerational solidarity and the need to consider future generations in our decisions today.

The myopia of power politics delays the inclusion of a farsighted environmental agenda within the overall agenda of governments.

Caring for ecosystems demands farsightedness, since no one looking for quick and easy profit is truly interested in their preservation.

Pope Francis says that it is wrong to believe that market-based solutions are always the best solutions.

Environmental protection cannot be assured solely on the basis of financial calculations of costs and benefits. The environment is one of those goods that cannot be adequately safeguarded or promoted by market forces.

We need to reject a magical conception of the market, which would suggest that problems can be solved simply by an increase in the profits of companies or individuals. Is it realistic to hope that those who are obsessed with maximizing profits will stop to reflect on the environmental damage which they will leave behind for future generations?

As an alternative to market-based solutions, Francis suggests treating the climate and other important aspects of nature as common goods (a term he repeats twenty times throughout the document). Nobel economist Elinor Ostrom has documented hundreds of examples of communities organizing their resources as commons. For this to work, another important principle that Pope Francis stresses throughout Laudato Si is the need for subsidiarity—that people affected by decisions should be involved in making those decisions. Too much environmental and social destruction has been caused by decisions being made by people thousands of miles away who will never live with the results of those decisions.

Laudato Si is an important document written at an important time in the history of the cosmos. With the vast reach of the papacy, I hope it and Pope Francis’ exhortations will serve as a wake up call for many and a manual for change for those dedicated to changing the world. He is clear that it is important that we act now.

The pace of consumption, waste and environmental change has so stretched the planet’s capacity that our contemporary lifestyle, unsustainable as it is, can only precipitate catastrophes, such as those which even now periodically occur in different areas of the world. The effects of the present imbalance can only be reduced by our decisive action, here and now. We need to reflect on our accountability before those who will have to endure their dire consequences.

David Kane (João Pessoa, Brazil) is a researcher for the Faith-Economy-Ecology project of the Maryknoll Office for Global Concerns (MOGC). As a Maryknoll lay missioner from 1995 to 2012, he served in Brazil working with recyclers in city dumps and with the Jubilee Brazil campaign, as well as in Washington, D.C. Dave helped found Faith, Economy, Ecology, Transformation, a group of mostly faith-based organizations and individuals inspired to assist in the transition to a more sustainable and equitable economy. Currently, Dave educates and advocates for economic justice, particularly around trade, Latin America, and ecological economics. (David Kane photo credit: Rick Reinhard)

What Kind of Future Does Your Degree Prepare You For?
Scroll to top
$