Let’s start with this phrase: “Sustaining our commonwealth.” By sustaining, I don’t mean preserving inviolate; I mean using without using up. Using with maintenance and replenishment is an important idea in economics. It’s the very basis of the concept of income because income is the maximum that you can consume today and still be able to produce and consume the same amount tomorrow—that is, maximum consumption without depleting capital in the broad sense of future productive capacity. By commonwealth, I mean the wealth that no one has made or the wealth that practically everyone has made. So it’s either nature—nobody made it, we all inherited it—or knowledge—everybody contributed to making it, but everyone’s contribution is small in relation to the total and depends on the contributions of others. In managing the commonwealth of nature, our big problem is that we tend to treat the truly scarce as if it were non-scarce. The opposite problem arises with the commonwealth of knowledge, in which we tend to treat what is truly not scarce as if it were.

The sun is an example of a non-rival good because its warmth is non-scare and everyone has unlimited access to it. (Image: CC0, Credit: Alexas_Fotos).

There are two sets of important distinctions about goods and they make four cross-classifications (see figure below). Goods can be either rival or non-rival, and they can be either excludable or non-excludable. My shirt, for example, is a rival good because if I’m wearing it, you can’t wear it at the same time. The warmth of the sun is non-rival because I can enjoy the warmth of the sun, and everyone else can enjoy it at the same time. Rivalness is a physical property that precludes the simultaneous use of goods by more than one person. Goods are also excludable or non-excludable. That’s not a physical concept, that’s a legal concept, a question of property. For example, you could wear my shirt tomorrow if I let you, but that’s up to me because it’s my property. My shirt is both rival and excludable, and that’s the case with most market goods. Meanwhile, the warmth of the sun is both non-rival and also non-excludable. We cannot buy and sell solar warmth; we cannot bottle it and charge for it. Goods that are rival and excludable are market goods. Goods that are non-rival and non-excludable are public goods. That leaves two other categories. Fish in the ocean are an example of goods that are rival and non-excludable. They are rival because if I catch the fish, you can’t catch it. However, they are also non-excludable because I can’t stop you from fishing in the open seas. The management of goods that are rival and non-excludable gives rise to the famous tragedy of the commons—or the tragedy of open-access resources, as it’s more accurately called. Now, the other problematic category consists of goods that are non-rival and excludable. If I use the Pythagorean Theorem, I don’t prevent you from using it at the same time. Knowledge is non-rival, but it often is made excludable through intellectual property and patent rights. So those are two difficult categories that create problems. One is the tragedy of the commons, and the other we could call the tragedy of artificial scarcity.

The Commonwealth of Nature

Fish in the ocean are an example of the commonwealth of nature. I’ll argue that natural goods and services that are rival and have so far remained non-excludable should be enclosed in the market in order to avoid unsustainable use. Excludability can take the form of individual property rights or social property rights—what needs to be avoided is open access. For dealing with the broad class of rival but, up to now, non-excludable goods, the so-called cap-auction-trade system is a market-based institution that merits consideration.

In addition to its practical value, the cap-auction-trade system also sheds light on a fundamental issue of economic theory: The logically separate issues of scale, distribution, and allocation. Neoclassical economics deals mainly with the question of allocation. Allocation is the apportionment of resources among competing uses: how many resources go to produce beans, how many to cars, how many to haircuts. Properly functioning markets allocate resources efficiently, more or less. Yet, the concept of efficient allocation presupposes a given distribution. Distribution is the apportionment of goods and resources among different people: How many resources go to you, how many to somebody else. A good distribution is one that is fair or just—not efficient, but fair. The third issue is scale: The physical size of the economy relative to the ecosystem that sustains it. How many of us are there and how large are the associated matter-energy flows from producing all our stuff, relative to natural cycles, and the maintenance of the biosphere. In neoclassical economics, the issue of scale is completely off the radar screen. 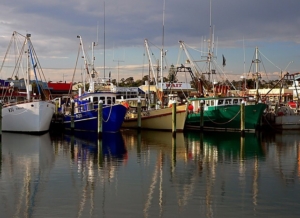 In a cap-auction-trade system, caps would be placed on non-excludable free goods, such as fish. The good would have a price once the cap is reached. (Image: CC0, Credit: 272447).

The cap-auction-trade system works like this. Some environmental assets, such as fishing rights, or the rights to emit sulfur dioxide, have been treated as non-excludable free goods. As economic growth increases the scale of the economy relative to that of the biosphere, it becomes recognized that these goods are in fact physically rival. The first step is to put a cap—a maximum—on the scale of use of that resource, at a level that is deemed to be environmentally sustainable. Setting that cap—deciding what it should be—is not a market decision, but a social and ecological decision. Then, the right to extract that resource or emit that waste, up to the cap, becomes a scarce asset. It was a free good. Now it has a price. We’ve created a new valuable asset, so the question is: Who owns it? This also has to be decided politically, outside the market. Ownership of this new asset should be auctioned to the highest bidder, with the proceeds entering the public treasury. Sometimes rights are simply given to the historical private users—a bad idea, I think, but frequently done under the misleading label of “grandfathering.” The cap-auction-trade system is not, as often called, “free-market environmentalism.” It is really socially constrained, market environmentalism. Someone must own the assets before they can be traded in the market, and that is an issue of distribution. Only after the scale question is answered, and then the distribution question, can we have market exchange to answer the question of allocation.

Another good policy for managing the commonwealth of nature is ecological tax reform. This means shifting the tax base away from income earned by labor and capital and onto the resource flow from nature. Taxing what we want less of, depletion and pollution, seems to be a better idea than taxing what we want more of, namely income. Unlike the cap-auction-trade system, ecological tax reform would exert only a very indirect and uncertain limit on the scale of the economy relative to the biosphere. Yet, it would go a long way toward improving allocation and distribution.

The Commonwealth of Knowledge

If you stand in front of the McKeldin Library at the University of Maryland, you’ll see a quotation from Thomas Jefferson carved on one of the stones: “Knowledge is the common property of mankind.” Well, I think Mr. Jefferson was right. Once knowledge exists, it is non-rival, which means it has a zero opportunity cost. As we know from studying price theory, price is supposed to measure opportunity cost, and if the opportunity cost is zero, then the price should be zero. Certainly, new knowledge, even though it should be allocated freely, does have a cost of production. Sometimes that cost of production is substantial, as with the space program’s discovery that there’s no life on Mars. On the other hand, a new insight could occur to you while you’re lying in bed staring at the ceiling and cost absolutely nothing, as was the case with Renee Descartes’ invention of analytic geometry. Many new discoveries are accidental. Others are motivated by the joy and excitement of research, independent of any material motivation. Yet, the dominant view is that unless knowledge is kept scarce enough to have a significant price, nobody in the market will have an incentive to produce it. Patent monopolies and intellectual property rights are urged as a way to provide an extrinsic reward for knowledge production. Even within that restricted vision, keeping knowledge scarce still makes very little sense, because the main input to the production of new knowledge is existing knowledge. If you keep existing knowledge expensive, that’s surely going to slow down the production of new knowledge.

Managing the commonwealth of nature and knowledge presents us with two rather opposite problems and solutions. I argued that the commonwealth of nature should be enclosed as property, as much as possible as public property, and administered so as to capture scarcity rents for public revenue. Examples of natural commons include mining, logging, grazing rights, the electromagnetic spectrum, the absorptive capacity of the atmosphere, and the orbital locations of satellites. The commonwealth of knowledge, on the other hand, should be freed from enclosure as property and treated as the non-rival good that it is. Abolishing all intellectual property rights tomorrow is draconian, but I do think we could grant patent monopolies for fewer “inventions” and for shorter time periods. 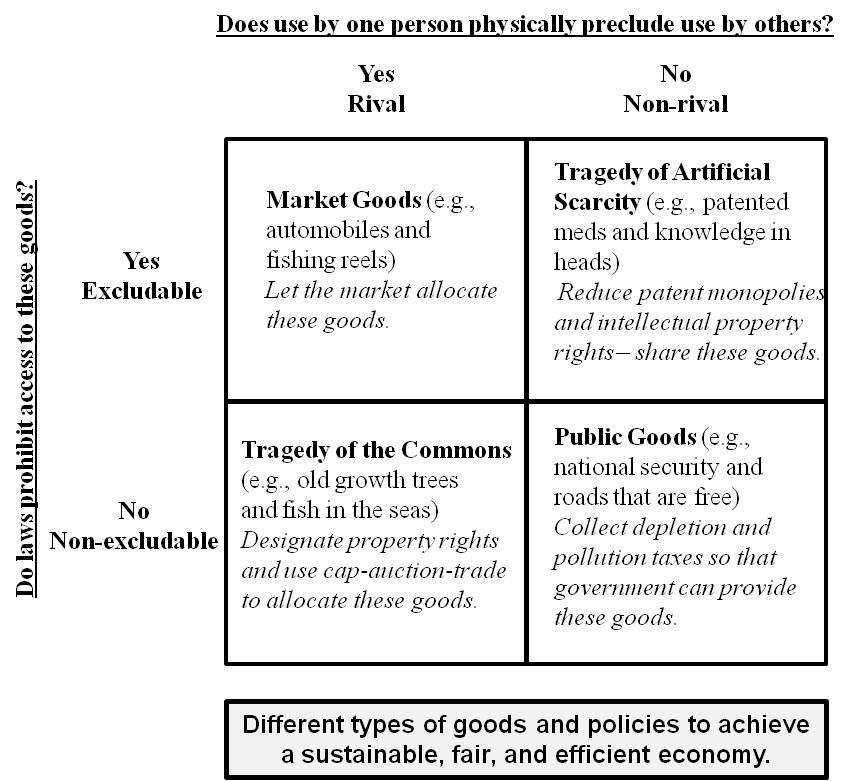 What if We Stopped Fighting For Preservation? Remembering History
Scroll to top
$