For some time, a small group of ecological economists has been suggesting that we switch the tax base from income (value- added to natural resources by labor and capital) to natural resources themselves. Value-added to resources is something we want more of, so don’t tax it (either at each stage of production as in Europe or at the final stage as income as in the U.S.). The resource throughput, beginning with depletion and ending with pollution (both real costs), is something we want less of in a full world economy, so let’s tax it. Even though resources in the ground and waste absorption services are free gifts of nature in the cost of production sense, they are nevertheless increasingly scarce in a full world. They need a price to be efficiently allocated and not overused. So let’s give them the needed price by taxing them, and use the revenue from the tax (or equivalent cap-auction-trade system) to substitute for the revenue lost from no longer taxing value-added. The resource tax should be levied at the point of extraction (severance) so that the higher price will stimulate increased efficiency of use at all upstream stages of production, as well as in the final stages of consumption and recycling. Also, depletion is spatially more concentrated than pollution, so in most cases, a depletion tax is easier to monitor than a pollution tax. 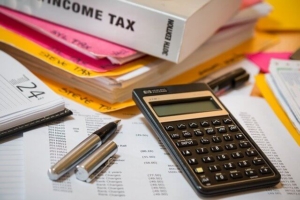 Most people resent seeing value that they added taxed away even while recognizing the necessity to fund public goods, which is one political dilemma of switching the tax base. (Image: CC0, Credit: stevepb).

In addition to this economic argument, there is a political one. People do not like to see value that they added taxed away. They resent it, even while accepting it as necessary to fund public goods. But value that no one added, the original in situ value of natural resources and services, many people think should be common property, and most people think should at least be taxed for public purposes. If there is popular resentment, it is against the resource owners who receive an unearned income (scarcity rent) over and above the value they truly add to the in situ resource by extraction and purification (echoes of Henry George). Of course, oil and coal companies and other extractive industries will resist resource taxation (they currently enjoy government subsidies in addition to scarcity rents!), even though they would be expected to legitimately pass the tax on to consumers to the extent that markets allow. It is necessary that consumers, as well as producers, also get a higher price signal and become more efficient and frugal in consumption.

I have been told that we could not substitute resource taxes for value-added taxes because resource rents are a small portion of GDP while value-added accounts for nearly all of GDP. You have to put the tax where the money is, I am told. But there is confusion between what is taxed and what the tax is paid with. All taxes are paid out of total income (money is fungible). But the question is, what is the tax proportional to—income or resource use? It makes much more sense for taxes to fall on resource use than on income. A resource tax falls on all citizens in proportion to their resource consumption, how much of a burden they impose on the biosphere, and not according to how much value they add to the resources necessarily extracted. Also, resource taxes are harder to evade than income taxes because, unlike resource depletion, income is not an easily measured physical quantity, but an abstract concept subject to manipulation by lawyers and accountants. 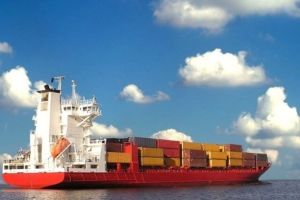 While there are many positive and negative arguments for switching the tax base, it is important to count all costs in order for efficiency. (CC0, Credit: Thai Subsea Services Ltd).

As to the reasonable objection that a resource tax is regressive with respect to income, that can easily be remedied by some combination of the following: (a) Retaining an income tax on higher incomes, (b) spending the tax revenue progressively, including by abolishing existing regressive income taxes such as the payroll tax; and (c) instituting a significant and progressive inheritance tax. Some object, less reasonably, that higher resource prices due to a resource tax will put us at a competitive disadvantage in international trade. But then so does an income tax, and it is not clear that there would be any net difference between the two in raising the same amount of revenue. In fact, any internalization of environmental and social costs would also raise prices and thereby create a trade disadvantage relative to countries that did not internalize those costs. However, the first rule of efficiency is to count all costs, not to run a trade surplus based on standards-lowering competition to externalize costs.

So why not shift the tax base from value-added (earned income) and on to that to which value is added (natural resource throughput)? This would help us to count all costs and minimize depletion and pollution. It would stop penalizing the desired creation of value-added by taxing it. It would reduce unemployment. It would use the revenue from natural resource taxes to substitute that from the eliminated value-added taxes. The first value-added taxes to be eliminated would be the most regressive ones, thereby serving both efficiency and equity. This seems such an obvious improvement that one wonders why economists remain so in thrall to value-added taxation.

The Steady Stater Stance on Renewable Energy: A Clarification
5 replies

The Role of Religious Congregations in Promoting a Steady State Economy Why Stop at Massive Economic Growth when Infinite Growth Is within Reach?
Scroll to top
$