As the fall chill sets into the air and farmers begin to harvest, universities invite another wave of impressionable young minds to think about the future—of society, and of their place in it. But preparation for the future requires us to consider exactly what kind of future we think we’re in for, and far too many schools are preparing students for a fictional business-as-usual future.

Do your universities and instructors acknowledge that the global temperature will likely rise by at least two degrees this century? Do they invite you to reflect on the kind of droughts that some argue have hastened Syria’s civil war and caused mass migration? Are you asked to draw connections and present solutions to these challenges, or are you instead invited to rehearse standard narratives and become job-bearing cogs in the growth economy?

Steady state economics acknowledges some unsettling facts, but very few undergraduates will be exposed to anything resembling steady state economics. They’ll be lucky if the name Herman Daly graces the syllabus of their economics class. The lack of interest in post-growth thought more generally signals a curious rot in the academy away from creativity and the synthesis of new ideas, in favour of what’s couched as “critical thinking” within conventional, rigidly defined, and well-rehearsed disciplinary frameworks.

Patrick Finn, author of Critical Condition: Replacing Critical Thinking with Creativity, argues that the contemporary academy provides us with “advanced mental tactics that can be taught for a price,” when we should rather be provided with opportunities to foster creativity through a kind of “loving thinking.” By “loving thinking,” Finn means that we should connect dots from a position of hope and realism rather than merely rehearse advanced mental tactics. Karim Lakhani, a thinker with the Harvard Business School, cautions, however, that new paradigms and ideas that synthesize strands of research from different disciplines face an uphill battle. 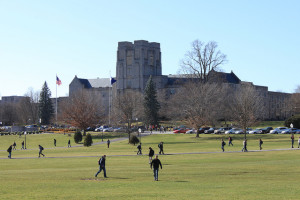 Ecological economics—the branch of thinking that includes steady state economics—is one such discipline. Some have labelled it a transdisciplinary field of research (Norgaard, 1989; Costanza et al., 1997; Costanza and King, 1999), which applies a wide array of techniques to analyse relevant issues from different disciplines. While we may face an uphill battle, I believe that steady state economics invites students to start working from a position of hope precisely because it invites cross-disciplinary thinking. There may not be a perfect consensus surrounding some steady state economic concepts, but the transdisciplinary framework is sufficiently open to foster adaptive, synthetic thinking without losing sight of important questions.

The charge that creative thinking is too general or “unproven” is not historically uncommon. For instance, in a review of Kenneth Boulding’s 1950 work A Reconstruction of Economics, reviewer Ralph Turvey charges that “the problem is that Professor Boulding touches on so many matters and makes so many stimulating or provocative remarks that another book would be required for an adequate discussion” (Turvey, 1951, p. 205). The same charge might be levelled against this author, or any other theorist concerned with the application of theory across and through disciplinary lines.

It is clear that what is acceptable to one discipline (such as environmental science) may be unacceptable to another (such as economics). Yet by understanding what sort of future we’re in for, and by knowing the stakes of the present moment, we cannot claim neutrality or indifference to the consequences of our arguments. Rather, we should work harder to understand the big picture economy-environment dynamics, and overcome inherent disciplinary biases.

Given the biosphere’s depleted regenerative capacity, Daly suggests that it’s too risky to simply research and develop further warrants for steady state economic reform before encouraging a transition. He explains:

As important as empirical measurement is, it is worth remembering that when one jumps out of an airplane, a parachute is more beneficial than an altimeter. First principles make it abundantly clear that we need an economic parachute. Casual empiricism makes it clear that we need it sooner rather than later. More precise information, though not to be disdained, is not necessary, and waiting for it may prove very costly (Daly, 2007, p.22).

Every discipline, and every student, should be (re)considering what kind of future they think they’re preparing for. A creative, unconventional framework is exactly what we need.

Sustaining our Commonwealth of Nature and Knowledge

Houston, We Have a Credit Problem
2 replies

What is Wrong with a Zero Interest Rate?
Scroll to top
$