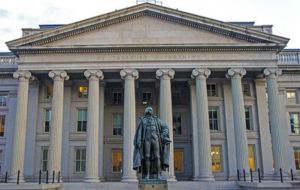 There are numerous things wrong with a zero interest rate such as less return on past savings, poor investments, negative returns, and uneconomic growth. (Image: CC0, Credit: dog97209).

There are many things wrong with a zero interest rate. Remember that the interest rate is a price paid to savers by borrowing investors. At a zero price, savers will save less and receive less return on past savings. Savers and pensioners are penalized. At a near zero price for borrowed funds, investors are being subsidized and will invest in just about anything, leading to many poor investments and negative returns, furthering the economy’s already advanced transition from economic to uneconomic growth. Zero interest promotes an infinite demand for savings with zero new supply. But the “supply” is provided artificially by the Fed printing money. The infinite demand would be checked by the rising costs of natural resources and environmental damage if those costs were internalized, but they are not. Yet the environmental costs are real and do not disappear just because they are not counted. With free money and uncounted environmental costs, why not invest heavily in fracking? Very unequal distribution of income does check demand, at least for non-luxury goods. Rich people have an increasing surplus of money to invest, which also helps hold down the interest rate. Yes, mortgage rates fall, and that benefits citizens as home buyers, but they lose more in terms of their retirement accounts. And there is still a significant spread between the zero interest rate paid to savers and the positive rates charged on credit card and other debt, so the banks are doing quite well.

Think for a moment about the calculation of present value in finance—a perpetual stream of future income divided by the interest rate gives its capitalized value. If the interest rate is zero, then the capitalized present value of any positive perpetual income stream becomes infinite. To put it another way, a zero interest rate is equivalent to saying that a hypothetical stream of income into the infinite future is all totally available today. The supply of financial capital in terms of its present value is infinite. But financial capital is supposed to be a measure of real capital, which is not infinite. Furthermore, the interest rate, to a significant degree, reflects the risk of loss. With infinite capital, it matters little if you lose some, so risk too is uncounted.

Zero interest rates encourage aggregate growth in scale of the macro-economy to ecologically unsustainable, as well as uneconomic, levels. Zero interest rates also neglect the risk of loss, while encouraging microeconomic misallocation to stupid projects. At the same time, it redistributes income inequitably. Does all this make you think that something might be screwy with the policy of zero interest rates? Economists pride themselves on their knowledge of advanced mathematics, but they don’t seem to mind the fact that their policies imply dividing by zero!

Granted that with severe unemployment it is worthwhile, as Keynes said, to hire people just to dig holes and fill them up again in order to increase spending. However, this would better be done by the Treasury paying the hole diggers with new Treasury money than by the Fed doing it by distorting the scale, distribution, and resource allocation of the whole economy with zero interest rates in order to create new bank money. Also, the money created by the Treasury costs no interest to the public, while the money created by the Fed costs us the positive rate charged to borrowers, not the zero rate paid to depositors. Money is a public utility like a road. Should private banks be allowed to set up a tollbooth and charge us for using public roads? By the way, the Fed is owned by its member private banks.

How does the Fed keep the interest rate at zero? By printing money—the so called quantitative easing. Some hyper-Keynesians want a negative nominal interest rate (we already have a negative real rate when corrected for inflation) because we still don’t have full employment even at a zero interest rate. But this is so crazy that it requires a separate discussion of its own. 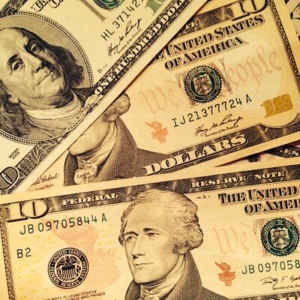 Quantitative easing has led to inflationary substitutes not measured by CPI, which in turn deteriorates the quality of goods and services. (Image: CC0, Credit: Dimitri Kruglikov).

Why has this huge monetary expansion not led to more inflation? For one, because the dollar is a reserve currency and other nations hold large dollar assets. Also, other major currencies, following the same expansionary policy, have been depreciating relative to the dollar. This will not likely continue. Furthermore, there really has been inflation, but of a hidden kind. Instead of stimulating new production and employment, the new money has increased the demand for existing assets such as stocks, houses, art, etc., providing little employment and leading to speculative bubbles. The Consumer Price Index (CPI), the official measure of inflation, does not include capital assets. And concurrent cheap-labor policies—off-shoring of production and tolerance of illegal immigration—depress wages, holding inflation in check. In addition, the externalization of increasing environmental costs keeps prices lower than they should be. Further, as any consumer can testify, the quantity per package of food is getting less, and the quality of service of airlines, internet providers, public utilities, etc. is deteriorating. Our leading newspaper, the New York Times, now repeats many of the same articles over and over for weeks at a time. Getting less quantity or quality or more repetition for the same price is equivalent to a price increase—hidden inflation. So the claim that quantitative easing has not yet led to inflation is at best only half true—it has certainly led to inflationary substitutes not measured by the CPI. Some official versions of the CPI even exclude such basics as energy, food, and housing (too “volatile” is the excuse). Do you ever feel that you are being lied to?

It is a bad idea to manipulate the interest rate as a policy variable—it has too many side effects cutting in too many different directions, especially in a fractional reserve monetary system. Better to control the money supply directly by moving to a full reserve banking system. We should abolish the Fed, let the Treasury directly control the money supply, constrained by avoiding inflation, not by a budget. An entity that can create money does not face a budget constraint and has no need to borrow. But it does have a price-index constraint and must be disciplined by avoidance of inflation (or deflation). As long as the public wants to hold more money, the Treasury can keep creating and spending it. When the public wants to hold more real goods and less money, they will exchange money for goods driving the price index up, which is the signal to the Treasury to stop issuing money, and if necessary to withdraw some. Money, in a full reserve banking system, becomes non-interest-bearing government debt rather than interest-bearing private debt. Seigniorage (profit from creating token money at negligible cost and receiving its face value in exchange) will go entirely to the government, not largely to private banks. Also, banks no longer have the extortionary power to crash the entire payments system that fractional reserves give them. The interest rate, like other prices, can take care of itself, determined by supply and demand. The policy focus should be to manage the money supply, constrained by a constant price index. In effect, the real value of the dollar is backed by all the commodities in the price index, rather than gold, or the “full faith and credit of the US government.” (See Nationalize Money, Not Banks)

Policies of this general kind, but elaborated on in much more detail, are currently suggested by the British NGO known as Positive Money. They are reviving and updating the sound monetary economics of Frederick Soddy, Irving Fisher, Frank Knight, and other leading economists of the 1920s. Fractional reserve banking supports the whole pyramid structure of Ponzi finance and we badly need to move toward a full reserve banking system to escape instability.

Book Review: Economics Unmasked: From Power and Greed to Compassion and the Common Good by Phillip B. Smith and Manfred Max-Neef

How I’ve Responded to the Financial Crisis
6 replies

Setting Things Straight for the Steady State
Scroll to top
$