[Preface for Sustainable Welfare In The Asia-Pacific: Studies Using the Genuine Progress Indicator, by Philip Lawn and Matthew Clarke, 2008] 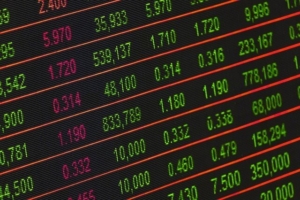 Lawn and Clarke indicate in their study that GDP growth may actually be more harmful than beneficial to a country such as Thailand. (Image: CC0, Credit: AhmadArdity)

It is no small thing to shift the burden of proof. Yet, that is what Lawn and Clarke, and their colleagues, have done in this remarkable study. The presumption in the “empty world” has been that growth in GDP is “economic” in the sense that it increases benefits faster than costs as well as in the sense that this thing we call the economy is getting physically bigger. It was not previously considered necessary to distinguish the two meanings of “economic” growth. Lawn and Clarke have shown that in a large part of today’s “full world” growth in GDP often costs more than it is worth at the margin, and thus should be called “uneconomic” growth. (In this book’s language, uneconomic growth occurs after a threshold at which the Genuine Progress Indicator (GPI) levels off or declines while GDP keeps on increasing). Advocates of GDP growth, who generally point to Asia as their best success story, heretofore were never asked to prove that such growth was in truth economic. Now, after the theoretical demonstration that uneconomic growth in the macroeconomy is quite possible followed by the empirical demonstration that, it is in fact, often the case, the burden of proof in policy arguments must shift from the shoulders of growth critics to the shoulders of growth advocates. This is quite an accomplishment and needs to be strongly claimed and emphasized.

For many years I have worked with ideas that are used in this book—steady state economy, Index of Sustainable Economic Welfare, contradictions between comparative advantage and international capital mobility, and others. It is a pleasure to see these ideas not only applied but sharpened and polished as well. Although I have very little knowledge of Asia, I cannot resist recounting one relevant episode out of my limited experience. Around 1992, I was part of a World Bank mission to Thailand. This was at the end of a decade in which Thailand’s GDP had doubled. Now doubling is a big change, and ten years was within the easy memory of most Thais adults. In conversations, I began to ask people how much their lives had been improved over that decade. Many said that life had been better ten years ago. I suggested that maybe life always feels better when you are ten years younger. They assured me that they had corrected for that! Some thought things were a little better, but the suggestion that life might be twice as good was considered laughable by all. This experience led me to suggest to my bosses at the World Bank that we finance a study—a scientific survey asking people how much life had improved over the decade in which GDP doubled and to give the main reasons for their answer. History had given us a unique experiment and we should take advantage of it and learn something. My proposal was turned down, I think because the World Bank, the prime pusher of growth, was worried that it might learn an “inconvenient truth.” In 1992, the burden of proof was on me. Now, with Lawn and Clarke to appeal to, I think the burden of proof will be on the World Bank.

The study I had proposed to the World Bank was to look at what is now called “self-evaluated happiness,” whereas Lawn and Clarke look at a more objective index of welfare: the GPI. Studies of self-evaluated happiness have now come into fashion and generally support the same conclusions that Lawn and Clarke reach on the basis of more objective data. The finding is that self-evaluated happiness rises with absolute income up to a threshold beyond which increases in absolute income do not increase happiness. The emphasis in these studies is on psychological phenomena of satiation and relative position with its self-canceling effects, rather than biophysical phenomena of rising external costs imposed by a full world. The two approaches are not in conflict, but in fact, are quite complementary. The fact that they yield broadly similar conclusions regarding the futility of growth to increase welfare beyond a threshold is a devastatingly important point worthy of intense study and reflection. But beware: we may have to conclude that growth is becoming uneconomic and that we need a new principle and new policies by which to organize our separate national commonwealths and their international federation. That is a very big problem. Thanks to Lawn and Clarke for suggesting many specific policies rooted in a clear analysis of that very big problem.