Note from the editor: The Natural Resources Forum asked 29 experts, including Herman Daly, “What do you think should be the two or three highest priority political outcomes of the United Nations Conference on Sustainable Development (Rio+20), scheduled for Rio de Janeiro in June 2012?”[1] His answer succinctly sums up the steady-state perspective. 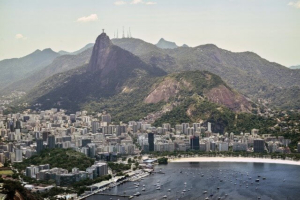 The conclusion of the 1972 Limits to Growth study by the Club of Rome still stands 40 years later. Even though economies are still growing and still put growth in the first place, it is no longer economic growth, at least in wealthy countries, but has become uneconomic growth. In other words, the environmental and social costs of increased production are growing faster than the benefits, increasing “illth” faster than wealth, thereby making us poorer, not richer. We hide the uneconomic nature of growth from ourselves by faulty national accounting, because growth is our panacea, indeed our idol, and we are very afraid of the idea of a steady state economy. The increasing illth is evident in exploding financial debt, biodiversity loss, and the destruction of natural services, most notably climate regulation. The major job of the United Nations Conference on Sustainable Development is to help us overcome this denial and shift the path of progress from quantitative growth to qualitative development, from bigger to better. Specifically, this will mean working toward a steady state economy at a sustainable (smaller than present) scale relative to the containing ecosystem that is finite and already overstressed. Since growth now makes us poorer, not richer, poverty reduction will require sharing in the present, not the empty promise of growth in the future.

The Higgs Boson and the Steady State Economy
3 replies