It’s déjà vu all over again: another oil “supply shock.” Seems like we’ve had one every few weeks for the past few months. Santa stuck another one in the Christmas stocking, and by New Year’s Eve crude oil prices fell to Great Recession levels.

Frankly, though, an oil supply shock is hardly . . . well, hardly shocking by now! Furthermore, this is the kind of oxymoronic “shock” people enjoy, or at least most people in a growth-obsessed economy. We have a sudden increase in production and therefore drop in price, due mostly to OPEC. The drop in price sort of undermines the meaning of shock, no? Gas is below $2/gallon. “If such is a shock,” we say, “bring it on!”

Historically, though, the phrase “supply shock” would evoke deprivation, pain, and fear. In the 19th century the most notorious supply shock was the dramatic decrease in the availability of whale oil in the 1860s, due partly to the side-tracking of the New England whaling fleet during the Civil War. Sperm whale oil had been the predominant domestic fuel, used in household lamps as well as for heating, and adjusting to different fuels wasn’t easy.

In the 20th century, perhaps the biggest supply shock was the OPEC oil embargo of 1973. This time, there was no other significant fuel to adjust to, and the embargo resulted in a historic stock market crash. Now that’s a supply shock. 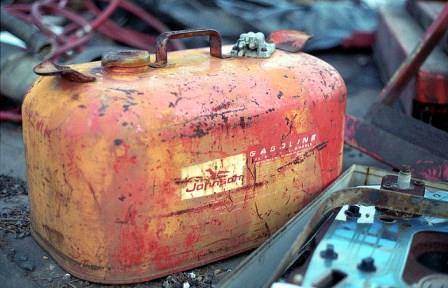 “Fuel” might sound like just another commodity, but the name says it all; it fuels the economy, not just smelt fishing. When the availability of fuel suddenly declines, that’s a shock indeed, a shock to the system, the economic system.

Oddly enough, this latest supply “shock,” resulting in a rapid drop in price, also caused a stock market tumble, just like the OPEC oil embargo. This time it wasn’t a full-fledged crash, at least not yet, but the Dow Jones dropped 315 points the weekend of December 12. We can chalk it up to the general insecurity caused by any major price shift, but we would be prudent to note yet one more case of Wall Street vs. Main Street. Here we all had cheaper fuel–with all that obviously meant for our household budgets–and Wall Street felt threatened.

It would be tempting to turn this into anti-Wall Street polemic, but the inequality of Big Capital is not even the main issue here. Rather, recent talk of “supply shock” is a wake-up call for the sustainability of Big Capital, the little man, and everyone in between. The latest news of cheap oil notwithstanding, we are moving inexorably into the era of Supply Shock, in which natural resources and environmental services become the limiting factors for human wellbeing; so limiting in fact that wellbeing declines quickly and ubiquitously.

Sure, at first glance Santa’s little “supply shock” of 2014 runs in the face of any limits-to-growth argument. But frogs feel fine as the water warms, too. When OPEC pulls out the stops for oil production, with whatever motives it might have–say for example to slap the Russian economy–it’s like a bigger gun to shoot ourselves in the foot with. In this case the gun is the global economy, and the foot is our climate, our biodiversity, and environmental protection at large.

And of course as the environment is whittled away from under us, so too is our kids’ and grandkids’ economy. A growing and then bloating economy is actually a threat to environmental protection, economic sustainability, national security and international stability.

I propose that we stop calling these short-term fuel gluts “supply shocks” and instead call them “supply parties.” We all know the parties must end, and the longer we party, the bigger the real shock, the after-shock, will be. When the suite of resources such as oil, natural gas, minerals, timber, fisheries, soil, rangeland–and oh yes, that cheap thing called “water”–are at a collective all-time low, relative to demand, and when climate change, biodiversity loss, and environmental unravelling are in full swing, and when our agriculture, extraction, manufacturing, and services are devastated by the loss of our natural capital, we’ll know we’re in the age of Supply Shock.

We’ll have been naughty, and Santa will have known. What’s that going to get us?

Could Obama Be the First Steady-State President?
5 replies

Peace, Love, and the Gift