Regarding Your Modest Proposal for Preventing Canada from Remaining Cold

On December 12, from the foyer of the Canadian House of Commons, you irrationally rationalized why it is a good idea for Canada to pull out of the Kyoto Protocol. I would like to congratulate you on your cheeky display of hyperbolic satire — there was so much cognitive dissonance and misleading rhetoric in your statement that it couldn’t possibly have been serious! I can’t wait for the day when you reveal that your government’s position is one big elaborate hoax designed to taunt the world into acting on climate change. I want to point out where your satire was effective but also give you a little bit of advice on how you could have made your statement even better.

First of all, you could have come right out and given the “real” reason why the “Harper Government” (TM) is getting out of Kyoto: because global warming is in Canada’s national interest! Developing the tar sands and pumping out greenhouse gasses to the max has the obvious benefit of improving Canada’s national temperature.

We all know that international forums are talk-fests that amount to non-binding statements of procrastination, but I laughed out loud when you pretended not to understand the symbolic value of forums like Kyoto and Durban. This rings especially true for a government that has proven its media savvy by virtue of authoritarian-style message control. Indeed, Kyoto has become a misplaced symbol of climate justice. But standing before a global audience and shamelessly teasing the world with such irresponsible nonsense! Priceless!

You were pretty convincing each time you conjectured that it is possible to create “jobs and growth” while also reducing emissions. Surely someone of your intellect and stature knows that at no time in history have we had economic “growth” without a corresponding increase in greenhouse gas emissions. Certainly not when the figures are adjusted to track the export of pollution at the planetary level. Development, maybe, but not growth! Man, I have to tell you, the joke became more cruel each time you repeated it (which happened a lot). Use it sparingly next time.

Your goal to reduce emissions via a “legally binding agreement to address global emissions that allows us to continue creating jobs and economic growth in Canada” hints at how elaborate the government’s hoax must be. At present, the Canadian government is shaping an economic agenda where more and more “growth” is coming from unsustainable oil production, natural resource extraction, and real estate inflation. No sane person thinks this is a good trajectory for the planet. Talk about wanting it both ways! Must be Christmas (well not quite, but almost — a few more sleeps!!). The world will be so shocked when you reveal the truth — about the Canadian position, I mean (not about Christmas).

Speaking of Christmas, I had an idea when I saw you pretend to stand up to big emitters like China and India. Way to goad them into action, by the way. But you know what would have been even better? Declaring that you are “standing up to preserve the Canadian holiday tradition of consuming an excess of cheaply manufactured Asian goods.” Then, when emissions go up in Asia as a result, you can stomp and huff that it’s “all their fault.” You missed a few opportunities like this to set yourself up for future satirical tantrums.

There were a couple of moments when your sense of humour went a little too far. Like when you repeated the government’s nonsensical target for emissions. The promise that you will focus on “reducing greenhouse gas emissions by 17 per cent over 2005 levels by 2020” — effectively doing less than the previous government and pretending that it will save us from climate disaster — that’s so funny it hurts (my children). You can’t keep that joke up forever. But I double over with laughter each time you say your target is somehow the previous liberal government’s fault. Those genetically incompetent liberals!

It was cute how you pretended that “Canada’s position” is shaping a global consensus among the “EU… the United States, Australia, New Zealand, [the] least developed countries and the group of 43 small island states.” Cute, because Australia’s Minister for Climate Change implied they were leading the way by instituting a carbon tax, and don’t tell me that you’ve changed your “position” on that one! That would ruin the hoax! Beyond that, judging from how irked tiny Tuvalu was about your statement, you must have known that you were pushing a few buttons. Ian Fry, Tuvalu’s lead negotiator at Durban, said that “it’s an act of sabotage on our future.” Seriously, though. Tuvalu? Who knew that was even a country, right? ;)

Just when I thought you were going too far, you made a point so absurd that it reassured me of your comedy genius. The pièce de résistance was when you quipped that Kyoto would require Canadians to remove “every car, truck, ATV, tractor, ambulance, police car and vehicle of every kind from Canadian roads; or, closing down the entire farming and agricultural sector and cutting heat to every home, office, hospital, factory and building in Canada.” Well light my hyperbolic pants on fire and sound the alarm. Sure it would… if we choose exclusively to develop the tar sands instead! You’re such a drama queen. I’m glad you know Canadians aren’t stupid enough to believe such misleading statistical play. Who could ever dream of taking their ATV off the off-road anyway!?

And finally, regarding your plea at the end for “an agreement that works” for jobs …and growth …in Canada …and China …and Tuvalu …and for emissions reduction. Frankly, it was getting a little convoluted. Next time you should just let out a loud fart in front of the press, apologize for the emissions and then, in a fit of despair declare “what’s the point!? By the time global warming starts wreaking havoc, I’ll either be out of government or dead. What a waste of time. Stupid liberals.” Boy would that ever ignite a global response!

Anyway, you’re cutting it pretty close. It’s just about too late to stop runaway climate change and it’s making us all very nervous.You’re going to have to reveal your true position pretty soon and stop taunting us with these clever hijinks.

In the meantime, I’m looking forward to seeing more of this precious, mind-bending stuff. And soon. It’s truly a joy to watch. 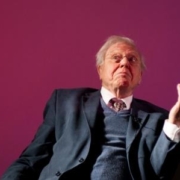