An Epitaph for the Poles, North and South, might one day read:

How they graced Planet Earth, anchoring magnetic fields. They were wedded to Auroras, Borealis and Australis. With their wildly extreme environs, the Poles were evolutionary crucibles for spectacular life-forms. They inspired the greatest of adventurers, then punished them severely for their trespasses. Yet they were good for many who never knew them. Along with the atmosphere and the rainforests, they moderated the Peoples’ climate for 2 million years. Then a dangerous game of growth was played and the polar team lost: Wall Street Bulls,$75 trillion GDP – Polar Bears, 0. 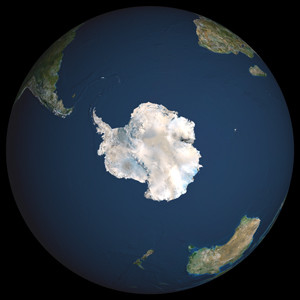 Note that the game is far along already; global GDP is about $62 trillion. So when they decided to write Protection of Polar Regions, what were the authors thinking? Most folks have already given up on polar protection. Polar bears are leading a long, sad procession of species off the poles, into the darkness of extinction. The list of polar contaminants increases with each new study. Nations and oil companies are staking their claims on the oceanic oilfields, newly accessible amidst the melting ice. Perhaps the best summary of polar problems is, “Etcetera, etcetera.”

You might then wonder, why even include a question mark in “Epitaph for the Poles?” Why not just pronounce them dead and crack open a beer?

Because of the people who wrote Protection of Polar Regions, starting with the editor, Falk Huettmann. Huettmann, who also authored and co-authored several chapters, is among a new generation of ecologists who grasp the big picture, not only ecologically but economically and politically. In particular, they recognize that economic growth is destroying Earth’s great ecosystems, even biomes.

I hesitated to write a foreword to this scientifically rigorous book, as my admiration for science is ebbing. Incredibly expensive ecological studies have done incredibly little to stem the tide of environmental degradation. Too few researchers have taken their ecological expertise – their knowledge of the economy of nature – and applied it to the machinations of the human economy, or even to educating the public and policy makers on the tradeoffs they face between economic growth and environmental protection. Some ecologists have even sold out on the economy of nature and bought into the oxymoronic rhetoric of “sustainable growth.”

Huettmann is an exception, and so is Protection of Polar Regions. This book begins and ends by clarifying the fact that all the science in the world won’t save the poles – that includes the “Third Pole” (Tibetan Plateau) – unless human populations and their per capita consumption stabilize. This makes it easy for the reader to connect most of the chapters in Protection with the perils of economic growth.

In the chapter on polar contamination, by Martin Riddle and Susan Kutz, readers will reflect upon the sources of the contaminants; i.e., almost invariably byproducts of economic production. Reading the chapter by Vassily Spiridonov and colleagues about protected areas, one can reflect, “protected from what?” and know the answer, “From the economy.” For some chapters, the connection to economic growth won’t take any imagination whatsoever, as with the chapter on new shipping lanes and Big Oil by Grant Humphries and Huettmann.

My sincere hope is that readers will follow the lead of Huettmann and company and do more than study the problem to death. That only leads to epitaphs and eulogies. The challenge to polar protection (and atmospheric, rainforest, etc. protection) is far less technical than economic. But economic policy reform isn’t for the faint of heart. Economic growth is a real political bear.

And that’s the bear we’d like to see ambling off the ends of the poles. 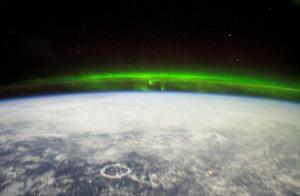 Aurora Borealis mourns the melting of the North Pole.

What Is the Limiting Factor?
1 reply

It’s True: One Million Dollars to a Young Steady Statesman Are People Smarter Than Chipmunks?
Scroll to top
$