[Foreword to Wendell Berry’s What Matters? Economics for a Renewed Commonwealth.]

As a poet, novelist, essayist, farmer, and thinker on matters agrarian, Wendell Berry needs no introduction. However, he is not a professional economist, not a guild member with a Ph.D. union card, and nor does he claim to be such. In a world where knowledge is organized by discipline and professionalized in tight circles, it is often hard to be heard outside the circumference of one’s own silo. Therefore I fear that the very people for whom reading these essays would be most beneficial and through whom they could have the most salutary impact on our ailing world, will simply not read them. I can imagine some of my university colleagues and students in economics departments asking: Why should I read a book by a noneconomist on “economics for a renewed commonwealth?” There likely won’t be a single equation in the book and the use of the archaic word “commonwealth” betrays a probable lack of understanding of the individualistic basis of neoclassical economic theory. Economists don’t write poetry or fiction (well, maybe a bit of the latter, but not on purpose), so let not poets or agrarian-environmentalist- localists write about the sophisticated technical science of economics in a globalized industrial growth economy. Leave it to the experts to continue to grow the economy and thereby provide the only possible solution to the problems of poverty, energy, and climate change. I can hear it now, complete with aggrieved intonation.

My purpose in this foreword is, therefore, to preemptively reply to this imagined but not unlikely invitation for Wendell to shut up. I want to explain why it is critically important for all citizens, especially professional economists, to read and reflect deeply on the essays in this book. Yet, I understand the reluctance of someone with the commitments sketched above to give these essays a fair reading. To do so is to run a serious risk of conversion away from the dominant idolatry of our culture—a liberating conversion to be sure, but damned uncomfortable.

What We Can Learn from Wendell Berry

What do we economists have to learn from Wendell Berry? Many things, but here I will mention only two. First is a definitional correction regarding the basic nature of our subject matter—exactly what reality matters most to our economic life and why. Second, what mode of thinking does this reality require of us in order to understand it as well as possible, without seducing us into spurious substitutes for honest ignorance? 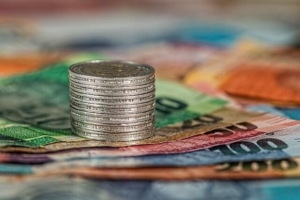 Chrematistics is about the maximization of exchange value numerically measured by money in the short run, whereas oikonomia deals with the use values that are embodied in products that evolve. (Image: CC0, Credit: stevepb).

The definitional correction goes back to Aristotle and, while somewhat retained by the classical economists, seems to have been dropped from the current neoclassical canon. Aristotle distinguished oikonomia from chrematistics. Oikonomia is the science or art of efficiently producing, distributing, and maintaining concrete use values for the household and community over the long run. Chrematistics is the art of maximizing the accumulation by individuals of abstract exchange value in the form of money in the short run. Although our word “economics” is derived from oikonomia, its present meaning is much closer to chrematistics. The word chrematistics is currently relegated to unabridged dictionaries, but the reality to which it refers is everywhere present and is frequently and incorrectly called economics. Wendell Berry is, I believe, urging us to correct our definition of economics by restoring to it the meaning of oikonomia and freeing it from confusion with, and excessive devotion to, chrematistics. In replacing chrematistics with oikonomia, we not only refocus on a different reality but also embrace the purposes served within that different reality—community, frugality, efficiency, and long-term stewardship of particular places.

Where today do we find chrematistics masquerading as economics? Certainly in the recent Wall Street fiasco—“selling a bet on a debt [as] an asset” as Wendell succinctly puts it. It is amazing that people who have recently engaged in this disastrous stupidity on such a massive scale still have any credibility at all! Yet, belief in “free markets” as the philosopher’s stone that alchemically transmutes the dross of chrematistics into the gold of oikonomia remains strong.

Other examples of chrematistics at work include monopoly pricing, tax evasion, subsidies, rent-seeking, forced mobility of labor, cheap labor from union-busting, illegal immigration, off-shoring, mergers, hostile takeovers, usury, and bullying litigation—not to mention the airlines’ successful shifting on to their customers the labor previously done by former travel agents, check-in clerks, and baggage handlers. Externalizing environmental costs—shifting the cost of depletion and pollution from the producer to the general public, the future, and other species—is probably the most common and most disastrous chrematistic maneuver. The unaccounted costs range from irksome noise to mountaintop removal and filling up of valleys with toxic tailings, to a dead zone in the Gulf of Mexico, to global climate change and species extinction. Confusing oikonomia and chrematistics, misdefining the proper subject matter of economics, has deadly consequences. In the face of all this, it is hard to remember that there are still some people doing useful work and creating wealth to really benefit the community. Chrematistics has not entirely displaced oikonomia, but it is trying to. In Wendell’s terms, the little economy is trying to impose its puny logic on the mysteries and complexities of the Great Economy.

What Matters? Economics for a Renewed Commonwealth

Professional economists should thank Wendell for his sharp reminder about what matters. However, if we are too proud to accept correction from a poet and agrarian, we can claim to have rediscovered Aristotle’s forgotten definitions all by ourselves. But then we will still be obliged to apply those definitions to the modern world and be brought face to face with the collective fantasy, idiocy, and horror that Wendell has identified and discussed.

The other thing economists can learn from Wendell Berry, as much from his example as from explicit discussion, has to do with the proper matching of our mode of thinking to the particular reality we are thinking about and inevitably shaping. Blaise Pascal spoke of two modes of thinking: The “spirit of geometry” and the “spirit of finesse.” Similarly, economist Nicholas Georgescu-Roegen recently distinguished thinking with precisely defined analytic concepts that do not overlap with their other, from thinking with dialectical concepts that do overlap with their other at the boundaries. The best example of an analytic concept is a number. It is only itself and does not overlap with any other number. Land and sea would be dialectical concepts because, although for the most part distinct, they must overlap in tidal marshlands, estuaries, beaches, river deltas, or even the continental shelf, if they are to reflect reality. Each of these border areas in some reasonable sense is both land and sea—a logical contradiction but true to reality. Money is a notoriously dialectical concept, overlapping with nonmonetary assets of varying degrees of liquidity. When economists try to impose an analytical definition on money, they end up multiplying categories (M1, M2, M3 . . .) or failing to capture the shaded subtleties of the borderlands. Analytical concepts employ mathematics to weed out contradictions where “yes-and-no” answers are not allowed. The virtue demanded by analytic thought is rigor; its defect is its inability to deal with qualitative change and evolution. If we do not allow something to overlap with its other then how could it ever evolve into anything different from what it is? The virtue of dialectical thinking is that it can accommodate qualitative change—what used to be dry land can gradually become sea or vice versa. Its defect is that it has to tolerate at least a range of contradictions. The virtue demanded by dialectical thought is good judgment, or as Pascal preferred, “finesse”—finesse in handling contradiction.

Today, analytic thought is very much in vogue and in economics quite dominant. It has the aura of science. Analytic thinking requires a reality that is like a number, and since chrematistics is about the maximization of exchange value numerically measured by money, it tends to attract those with a strong prior commitment to analytical thinking. Dialectical thinking is required by a reality that changes qualitatively through overlapping categories. Oikonomia deals with use values that are embodied in products that evolve over the long run to serve changing wants, and with changing technical efficiency in an evolving community that coheres around values that also change. A preference for dialectical thinking leads to a focus on oikonomia and vice versa.

Berry teaches us about what matters most to our economic life and what kind of thinking this mode of reality requires. (Image: CC0, Credit: Guy Mendes).

My point is not to say that one mode of thought is good and the other bad. Both are clearly necessary. There is a limit to what we can do with numbers, just as there is a limit to what we can do without them. But I do suggest that there is currently a bias toward the analytical and a corresponding prejudice against the dialectical. This quantitative bias is certainly not the only reason for the excessive importance given to chrematistics over oikonomia—greed, avarice, and intellectual sloth play a bigger role—but I think it is a contributing factor. In sum, the second thing that economists can learn from Wendell Berry’s essays is that clear-headed reasoning with dialectical concepts about what matters is possible, necessary, and enlightening. Here Wendell persuades by example.

When a problem yields neither to the spirit of geometry nor to the spirit of finesse, Wendell advises us to be more at home with ignorance and mystery. They are much better companions than either phony equations or empty verbiage, and more congenial to a creature trying to understand the overall workings of Creation and intuit the will of the Creator whose broken image he still bears.

In my eagerness to convince my fellow economists to read this book, I am afraid that I have failed to specifically address the general reader. So, dear general reader, for whom Wendell Berry wrote these essays, let me assure you that if you have read this far, you have gotten through the most obscure and convoluted part of the book. The rest is smooth sailing with a clear-headed and trustworthy navigator, albeit through deep waters. The essays require wakeful attention and focused thought, but priestly intermediation by professional experts is surely not needed.

The One Percent: Not Kristallnacht but Lebensraum
9 replies

Economic and Environmental Perspective on President Reagan on the Occasion of... Growth of GDP and Discontent in Egypt and Tunisia
Scroll to top
$