Well-established words can be misleading. In economics, “production and consumption” are such common terms that it is easy to forget that they do not really mean what they literally say. Physically, we do not produce anything; we just use energy to rearrange matter into a more useful form. Production really means a transformation of what is already here. Likewise, consumption merely reflects the disarrangement of carefully structured materials by the wear and tear of use into a less useful form—another transformation, this time from a useful product into worn-out product and waste. Of course, one might say that we are producing and consuming “value” or “utility,” not really physical things. However, value is always added to something physical, namely resources, by labor and capital, which are also physical things ultimately made from the same low-entropy energy and materials that go into products. Nor does the service sector escape physical dimensions—services are always rendered by something or somebody. To abstract from physical dimensions and focus only on utility is to throw out the baby and pour bathwater on the diaper. 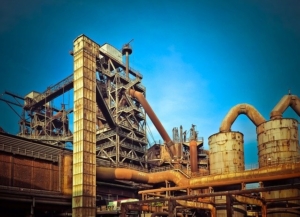 When we create goods and materials, we are engaging in a transformation of energy that produces a worn-out product and waste. (Image: CC0, Credit: MichaelGaida).

If we were to speak of a “transformation function” rather than a production function, then we would naturally have to specify what is being transformed into what and by the agency of what. Natural resource flows are transformed into flows of goods (and wastes), by the fund agents of labor and capital. A transformation function must show both the agents of transformation (funds of labor and capital that are not themselves transformed into the product but are needed to effect the transformation), and the flow of resources that are indeed physically embodied in the flow of products, or waste. This distinction between fund and flow factors immediately reveals their complementary roles as efficient cause and material cause—any substitution between them is very limited. You cannot bake the same cake with half the flour, eggs, etc. by doubling the number of cooks and the size of the oven. One natural resource can often substitute for another, and capital can often substitute for labor or vice versa, but more labor and capital can hardly substitute for a smaller resource flow, beyond the very limited extent of sweeping up and re-using process waste such as scraps, sawdust, etc. which ought to have already been accounted for in specifying a technically efficient production function. In most textbooks, the production function depicts output as a function of inputs, undifferentiated as to their fund or flow nature, and all considered fundamentally substitutable.

But if the usual production function does not distinguish fund agents of transformation from the flow of natural resources being transformed, then how does it envisage the process of converting factor inputs into product outputs? Usually by multiplying them together, as in the Cobb-Douglas and other multiplicative functions. What could be more natural linguistically than multiplying “factors” to get a “product?” But this is mathematics, not economics. There is absolutely nothing analogous to multiplication going on in what we customarily call production—there is only transformation. Try to multiply the resource flow by labor or capital to get product outflow and your “production function” will have immediately run afoul of the law of conservation of mass. Perhaps to escape such incongruities, most production functions contain only labor and capital, omitting resources entirely. We can now bake our cake with only the cook and their oven, no ingredients to be transformed at all! You can multiply cooks times ovens all you want and you still won’t get a meal. 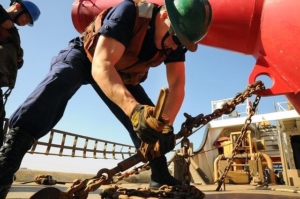 Value is added to physical matter, or output, by labor and capital, or input, which is all considered substitutable in textbooks. (Image: CC0, Credit: 272447).

How did this nonsense come into economics? I suspect it represents a confusion between the production function as a theoretical analytical description of the physical process of transformation (a recipe) and production function as a mere statistical correlation between outputs and inputs. The latter is common in macroeconomics, the former in microeconomics, although that is not a hard and fast rule because the distinction between a theoretical description and a statistical correlation is often ignored in both areas. The statistical approach usually includes only labor and capital as factor inputs, and then discovers that these two factors “explain” only 60 percent of the historical change in output, leaving a 40 percent residual to be explained by “something else.” No problem, say the growth economists, that large residual is “obviously” a measure of technological progress. However, the statistical residual is, in fact, a measure of everything that is not capital and labor— including specifically the quantity and quality of resources transformed. Increased resource use gets counted in the residual and attributed to technological progress. Then that same measure of technical progress is appealed to in order to demonstrate the unimportance of resources! If we thought in terms of a transformation function rather than production, ex nihilo it would be hard to make such an error.

The basic points just made were developed more rigorously forty years ago by Nicholas Georgescu-Roegen in his fund-flow critique of the neoclassical production function. Neoclassical growth economists have never answered his critique. Why bring it up again, and what is the relevance to steady-state economics? It is worth raising the issue again precisely because it has never been answered. What kind of science is it that can get away with ignoring a fundamental critique for 40 years? It is relevant to steady-state economics because it views production as physical transformation subject to biophysical limits and the laws of thermodynamics. It shows also that the force of resource scarcity is in the nature of a limiting factor, and not so easy to escape by substitution of capital for resources, as often claimed by neoclassical growth economists.