Iraq has been in the news again as civil war looms. President Obama has sent several hundred military advisers to Iraq, perhaps in preparation for Iraq War III. George W. Bush proclaimed victory in Iraq War II and told the American Legion “Slowly but surely, we are helping to transform the broader Middle East from an arc of instability into an arc of freedom.” But the grim fact today is that US actions have achieved the very opposite of what was officially described to the American public as the objective.

Recent developments in Iraq highlight the decades of failure to put in place renewable energy that would have minimized the use of oil in the transportation sector. Trillions of dollars have now been spent on the Iraq II war, where more civilians than soldiers have been killed and billions more will need to be spent caring for severely wounded veterans from these ongoing wars.

A look at news coverage of the situation in Iraq shows what has been really driving the situation. In a June 3, 2013 New York Times article “China is Reaping Biggest Benefits of Iraq Oil Boom,” Michael Makovsky, former Defense Department official under the Bush administration, complained that “We lost out. The Chinese had nothing to do with the war, but from an economic standpoint they are benefiting from it, and our Fifth Fleet and air forces are helping to assure their supply.”

One year later, the New York Times featured a story about all this “progress” being put in jeopardy with the intense military offensive by extremist insurgents. The president of the oil service company Mediterranean International told the Times “The collapse of Iraq would bring an international oil crisis.” 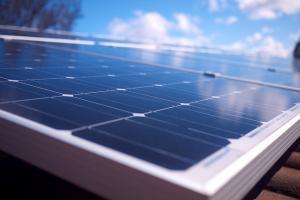 To escape from perpetual warfare over oil, I propose that the biggest category of funding in all the world’s military budgets should be for installing rooftop solar energy and wind turbines. These renewable resources are widely available, they do not require large central generating facilities for electricity or refineries and pipelines for oil and natural gas usage, they are tension reducers rather than enhancers, they are essentially waterless technologies, and they do not produce the serious pollution and climate disruption caused by fossil fuels.

The younger generation does not realize that Iraq War I in 1991 caused the largest oil spills in history: on the land, in the sea, and in the air. Massive clouds of oily pollution carried as far away as India. Did stability come as a result? Rather than stability, resentments worsened over the US behavior. Osama bin Laden cited the actions of the United States and transnational oil companies as the reason for his launching the terrorist bombing on 9/11.

While some strong efforts are being made to transform energy economies into a more environmentally sustainable form, particularly in some European nations, vast sums continue to be provided to support wars in Iraq and Afghanistan. The sums that could have been used for a solar revolution have fundamentally been undermining the movement for renewables.

But there is good news on the solar front. In one month this year, Germany got more than 70% of its electricity from renewable energy. Germany, with 36,000 megawatts (MW) in solar capacity, leads the world. But in 2013, China added at least 11,300 MW, making it second to Germany with 18,300 MW in overall capacity.

Solar power is starting to take off in the United States with about 4,800 MW added in 2013, increasing our total photovoltaic capacity by 65 percent to 12,000 MW–still far behind Germany, which is about the size of Montana.

President Obama supports legislation to deal with global climate disruption and has made some significant gains in transportation fuel economy, but the US is not a leader in bringing electric vehicles run by solar power into widespread use.

The price of rooftop solar has dropped 75 percent in the last five years and flat roofs are available throughout metropolitan areas, so the opportunity for Obama to do a lot more is present, but oil wars in the 20th Century have continued under his administration, even as many top military people worldwide are calling attention to environmentally driven conflicts as being top security threats.

Before launching a war against any country, the United States should take the vegetable test: would we be on the attack if that country’s leading export were carrots or green beans?

The key step to reaching a true cost, steady state economy is to keep the emerging solar revolution going full speed ahead. It is the underpinning of stability–the kind of stability needed for an environmentally sustainable economy.

The Steady Stater Stance on Renewable Energy: A Clarification
5 replies

Piketty Acknowledges a Limit to Inequality–Will He Acknowledge the Limits...
Scroll to top
$