Both the House and Senate have passed over $50 billion in emergency supplemental appropriations bills to deal with the disaster caused by Hurricane Sandy last fall. New Jersey, New York City, and Long Island were particularly hard hit by the giant storm that measured over one thousand miles in diameter. Who is going to pay for all this and how many extreme weather events will the federal government be expected to rectify through relief and reconstruction?

The Hurricane Sandy legislation (which President Obama is expected to sign) sets a bad precedent because it mixes emergency relief measures, which most people strongly favor, with longer-term reconstruction measures that will enrich developers and exempt coastal projects from key legal requirements. This approach is a formula for maximizing the amount of damage when the next coastal storm slams ashore.

The U.S. urgently needs to develop better storm disaster plans to replace the inadequate and misguided plans of the agencies that deal with disasters. The storm record, marked by a dramatic increase in violent weather events over the last half century, offers evidence to support the need for improved planning (see a graph of the data). From 1900 until 1970 the annual number of such events was below 100, but since 1970 the number has jumped to over 300 a year, and several times it has soared above 500. 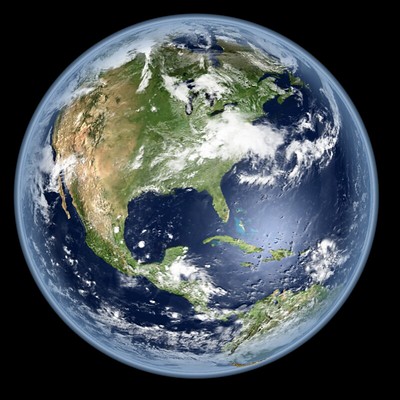 Today’s damages along the coast are similar to the flood damages throughout inland portions of the U.S. fifty years ago. The special Task Force on Federal Flood Control Policy reported in 1966 to President Lyndon Johnson that the more the country spent on flood control projects, the worse damages became. An effective policy for flood control, the Task Force said, would result in flood damages (inflation-adjusted dollars) leveling off or declining. This report sparked activists, including me, to demand fundamental changes, and we obtained important reforms. But these lessons are being overlooked in the rush to secure and spend money on shoreline projects.

To give a green light and billions of dollars to the Army Corps of Engineers for coastal engineering and beach replenishment schemes turns a blind eye to the agency’s propensity for shoreline boondoggles. It is one thing to obtain emergency relief money, but another to expect taxpayers to fund the reconstruction of everything that was damaged. Some structures should be rebuilt and some should not. A good plan would make this determination. For example, on some level, it might make sense to armor-plate Lower Manhattan to protect dense urban development, but not to do the same along the Jersey Shore or the Long Island coast.

But then again, according to Duke University professor Orrin Pilkey, when the Army Corps of Engineers tries to abate flooding by constructing sea walls, the most common outcome is beach erosion and significant shore steepening. Plus a deeper offshore zone brings larger waves and the potential for more damage. At the time Hurricane Sandy struck, the Atlantic Ocean was a foot higher than its level in 1900 (see a graph of sea level rise). The rapidly melting ice sheet on Greenland could cause a rise of another 20 feet. The coast is becoming more susceptible over time, and the responses being proposed are inadequate.

A better approach, more in step with the scale of the problem, would be to run the economy based on true costs and the principles of sustainability. But Congress seems to be asleep. In the debate about the “fiscal cliff,” instead of attempting to enact 1.6% across-the-board spending cuts (an attempt that failed anyway), Congress could have proposed a carbon tax. Such a tax would have directly targeted greenhouse gas emissions, the systemic cause of this disaster and other extreme weather events around the world.

Even if a carbon tax is too bold for lawmakers to consider, they can at least take a sensible intermediate step: assemble a panel of experts with no conflicts of interest to recommend a long-term approach for protecting America’s coastlines and preserving beaches for both recreation and wildlife habitat. Sound policy calls for damage prevention and reduction in contrast to the Congressionally approved program of storm damage enhancement.

The New Congressional Debt Panel: An Opportunity for an Essential Economic Debate

Introducing the Forgoing Flights for America the Beautiful Act

Contrasting Climate Policies in the House and Senate
2 replies

Confessions of a Closet Football Fan

The Top Three Actions to Fix the Economy
Scroll to top
$