At the 1980 Winter Olympics in Lake Placid, New York, the Soviet hockey team took the ice as overwhelming favorites — they were a juggernaut, having won the gold medal in 1956, 1964, 1968, 1972, and 1976. In fact, the Soviets were on a 21-game Olympic winning streak, posting lopsided victories along the way, including a 16-0 shutout of Japan and a 17-4 drubbing of the Netherlands during the 1980 tournament. Team USA, featuring a collection of unknown college players, couldn’t possibly win. But the unthinkable happened, and the team’s scrappy play carried the day. Announcer Al Michaels’s captured the emotion with his famous play-by-play call:

Eleven seconds, you’ve got ten seconds, the countdown going on right now! Morrow, up to Silk. Five seconds left in the game. DO YOU BELIEVE IN MIRACLES? YES! 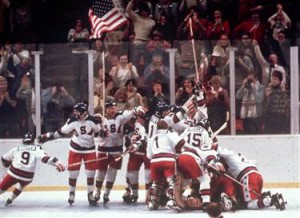 It’s hard to find someone who appreciates competition as much as a sports fan (or a frenzied sports announcer), unless you happen to be in a college economics department. Every student who has suffered through Econ 101 knows the theory of perfect competition: perfectly competitive markets produce the most efficient allocation of goods and services. Never mind that you’re more likely to meet the Easter Bunny than a perfectly competitive market. So for years, economists have been pushing for unregulated markets, and business leaders and policy makers have followed suit.

To some degree the economists are on the right track. Competition can drive people (and companies) to the peak of performance. We like it when companies compete with each other to see who can produce the highest-quality products and provide them at the lowest prices. But as much as there is to admire about competition, there are limits to its usefulness. You probably know someone who’s hyper-competitive, one of those people who has to turn everything into a competition. Just like most things in life, we need to find the balance — the amount of competition that achieves positive results without overdoing it. It’s the equilibrium between competition and cooperation.

Teamwork (or cooperation) is how Team USA pulled off the “Miracle on Ice.” Sure, there were commendable individual performances. In goal, Jim Craig kept 36 of 39 Soviet shots out of the net. Mark Johnson, with grit and hustle, scored two goals. Team captain and emotional leader Mike Eruzione, whose name in Italian means “eruption” knocked in the winning goal. And coach Herb Brooks found the right tactics and motivation to put his team in a position to win. But all of these people have acknowledged that it was a true team effort – some participants have even expressed the feeling that all of America was skating together for that game.

The need for a balance between competition and cooperation exists within the economy. You can see it at the microeconomic scale. Within a company, the employees need to cooperate in order to achieve their goals. A company must figure out how to cooperate, not only internally, but also with other companies, with customers, and with government agencies in order to succeed.

You can also see the need for this competition/cooperation balance at the macroeconomic scale. In a world of finite resources, overly competitive nations can be dangerous. Aggressive competition for control of critical resources like land, water, and oil leads to serious conflicts and degraded social conditions. The last thing we need is an amped-up competition to wring the final drops of growth out of an already overgrown global economy. But in order for nations to find peaceful ways of sharing resources, they need to improve their track record for cooperating with one another. We’ve witnessed so many failures of international cooperation (look to the negotiations on climate change for a recent example), that it’s hard not to be cynical about humanity’s ability to collaborate at this scale. We’ve got to do something to change this track record, and the Olympics provide a venue for getting started.

It is difficult to argue with the ideals of the Olympic Movement. According to the Olympic Charter, “Olympism seeks to create a way of life based on the joy of effort, the educational value of good example, social responsibility and respect for universal fundamental ethical principles.” Although the charter expresses many lofty ideals, and the Olympics provide astounding examples of sportsmanship, the Games are, at the simplest level, a global competition among countries seeking glory through athletic achievement. And most of the world is eager to watch and cheer their teams. Sometimes the cheering can have overtones of nationalistic fanaticism, as in Germany during the 1936 Berlin Games. Other times the Olympics showcase political games as prominently as athletic ones, like the 1980 Moscow Games (boycotted by the United States) and the 1984 Los Angeles Games (boycotted by the Soviet Union). And the transition from amateur to professional athletes in the Games has eroded the Olympic spirit a little more. You’d never see something like the Miracle on Ice today.

At the same time, success at the Olympics has become predictable, maybe not for individual athletes, but for nations. As Andrew Bernard and Meghan Busse have described, the nations with the highest medal counts tend to have both a large population and a high per capita GDP. This means that the most economically overgrown countries have an advantage at the Olympics, just like they have an advantage in the scramble for world resources. 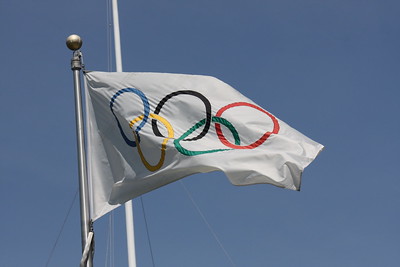 But there’s an unconventional (yet practical) way to rekindle Olympic ideals, encourage greater international cooperation, and mitigate the unfair advantage of “economic bigness” in the Games — all without taking away the spirit of competition or squashing the joy of rooting for your home nation.

What if we paired two nations as a unified team for each cycle of the summer and winter Games? Instead of Team USA, we could have Team Zimbabwe and USA (or Team Zimbusa). The teams in all sports, from gymnastics to skiing to water polo would consist of a mix of Zimbabwean and American athletes. Think of how much more knowledge and understanding would be shared between Zimbabweans and Americans. Medal counts would be totaled for both nations as if they were a single country, making the medals race more competitive and interesting. The paired countries could host joint training sessions in their respective homelands. Imagine the good will that could be generated around the globe as fans root for the athletes of their partner countries just as earnestly as their homegrown athletes — it’s enough to reduce Al Michaels to tears of joy!

Of course the International Olympic Committee (IOC) would have many new rules to establish, such as how teams are paired. Pairings could be random. Picture the United States with Iran, or India with Pakistan. Four years of athletic cooperation could lead to cooperation on more important fronts. Willingness to accept politically or culturally incongruous pairings by all countries would be part of the deal. Another possibility for forming pairs is to rank all nations by GDP and match the highest with the lowest, the second highest with the second lowest, and so on. The IOC would have to work out other details as well, such as the minimum percentage of athletes competing in a given sport that must come from one of the two countries.

The idea to pair nations may seem like an idealistic non-starter, but the Olympics are just a bunch of people getting together to play sports. Would the athletes feel like they represented themselves and their countries any less convincingly if they did so in teamwork with athletes from another country? Would fans support their teams less enthusiastically if they were engaged in such a partnership?

The proposed change in Olympic format could serve as a prominent step toward building the global cooperative spirit that is symbolized by the colorful interlocking rings of the Olympic flag. Such a step could help create balance between competition and cooperation not just in sports arenas, but also in policy arenas where decisions profoundly affect humanity’s prospects.

Besides, who could resist cheering for another miracle as Team Zimbusa takes the ice?

If you like this idea, feel free to pass it along to Jacques Rogge, President of the International Olympic Committee, in one of these ways:

Population and the Outbreak of Peace
2 replies

The Canutist State
Scroll to top
$