I grew up in a small South African town 16,000 kilometers and more than a hundred years away from America’s Wild West, but nevertheless watched many a cheap Saturday morning movie set in the mesquite and chaparral of that mythically violent but oddly honorable land. They mostly had similar themes — honest, hard-working homesteading family set upon by a variety of villains, whether cattle barons, railroad tycoons, “eastern” mining companies and more, each capitalist with armies of thugs for hire, ready to drive our hero off his land. One of the most common revolved around the hapless prospector (usually shown with pickax and mule to show his essential poverty) who finds a rich seam of gold, somewhere up in them thar hills, but never gets to stake his claim, either because he is killed by thugs on the way to the claims office, or because said thugs have raced ahead and filed ahead of him. All generally worked out by the end of the final reel; the prospector (or if dead, his deserving family) vindicated, and villainous mining corporation driven off, often with the help of a virtuous senator or otherwise honest politician. An oddly anti-capitalist saga, for the America of the post-Depression and I Like Ike years.

Unasked, in all this, was a simple question: who owns the gold in the first place? The answer would have been, of course, whoever finds it first.

Those days in the Bijou came back to me after an anecdote told me by Maurice Strong, who had recently chaired the Rio conference on the environment that had come to be called the Earth Summit. Maurice, and a company he controlled, had come into possession of one of Colorado’s historic cattle ranches, the 1823 grant to Luis Maria Cabeza de Baca and still known as the Baca Grande Ranch, in Comanche country near Crestone, looking out on the Sangre de Cristo mountains. Among its other assets, the ranch happened to sit on top of one of the west’s great untapped aquifers. Maurice’s company got into dispute with others about this water. First of all, his opponents suspected he wanted to “mine” the water and ship it north to Canada, a nice reversal of the conventional power politics between the two countries. Then, when it became clear that he really didn’t want to do anything with it, claims were filed by other parties demanding access. The legal rationale was simple: in much of the west, water rights operated under the “use it or lose it” principle. If you didn’t use the water, others had to right to appropriate it and use it themselves. There really couldn’t be a clearer anti-conservationist ethic.

Who owned the gold that the prospectors found in all those Westerns? Who owned the water under Maurice Strong’s Baca Grande ranch? The answer is, no one, everyone, anyone.

The question can be extended indefinitely. Who owns, say, the natural gas deposits that have lain, untapped, under the ocean near Sable Island, a hundred kilometers from my house? Who owns the Gorgon gas field under Barrow Island off Australia’s west coast? Who owns the methane hydrate deposits off the shore of New Jersey? Who owns the limestone deposits under California’s central coast (deposits that yield up some of the world’s sublime wines)? Who owns the great boreal forests of Alaska, Siberia, and Canada? Who owns the rocks of the earth? Who, indeed, owns the air? The birds of the air? The water? The oceans? Fish stocks? Who owns the whales?

And then another set of questions, about another kind of commonwealth: who owns culture? Who owns languages, science, the accumulated genius of technology? Who owns history? Who owns, in short, the human library? Who owns it, and who has the right to sell it?

In an empty world, these questions, or at least the ones about nature, didn’t much matter. Nature seemed inexhaustible. Still, natural philosophers, as scientists were once called, have wrestled with the issue for millennia, as have political authorities. In Roman times, the Senate put together a series of laws that classified several aspects of what came to be called “the commons” as explicitly owned by the people collectively. These res communes, common things, included water and the air, but also “bodies of water,” that is lakes, and shorelines generally. Wild animals, as opposed to domesticated ones, were included. After the Roman empire collapsed, overrun by what the Romans were pleased to call barbarians, some aspects of the res communes came into dispute — feudal lords, and then kings, claimed to control them.

The implications of a commons is that since no one owns it, anyone can use it, exploit it, and pollute it at no charge.

So where, in a well-ordered world, do private property rights stop? How best to treat the commons so it survives for the benefit of all? How best to allocate the profits that flow from what exploitation is allowed? Private property is the engine of prosperity. Common property is the backdrop before which private actors perform. Both are necessary. So an answer is critical. We have three economic sectors: the private sector, the public (or state) sector and the commons sector. Only the last has no body of law to protect it, and no accounting systems for its profits or losses.

So the question becomes: if the various natural systems of the earth, especially the air, the water, the land and its minerals, and the complex life systems they sustain, are indeed “the commons,” how do we guard against the “tragedy of the commons?” If no one owns the resource and anyone can use it, how do we protect it from depletion?

The tragedy of the commons as a phrase owes its origins to Garrett Hardin’s essay in Science magazine in 1968, though the notion of a social trap involving a conflict between individual interests and the common good goes back, at least, to Aristotle.

Here is Hardin’s description of the tragedy :

Picture a pasture open to all. It is to be expected that each herdsman will try to keep as many cattle as possible on the commons. Such an arrangement may work reasonably satisfactorily for centuries because tribal wars, poaching, and disease keep the numbers of both man and beast well below the carrying capacity of the land. Finally, however, comes the day of reckoning, that is, the day when the long-desired goal of social stability becomes a reality. At this point, the inherent logic of the commons remorselessly generates tragedy. As a rational being, each herdsman seeks to maximize his gain. Explicitly or implicitly, more or less consciously, he asks, “What is the utility to me of adding one more animal to my herd?” This utility has one negative and one positive component. The positive component is a function of the increment of one animal. Since the herdsman receives all the proceeds from the sale of the additional animal, the positive utility is [obvious]. The negative component is a function of the additional overgrazing created by one more animal. Since, however, the effects of overgrazing are shared by all the herdsmen, the negative utility for any particular decision-making herdsman is only a fraction [of the burden] … The rational herdsman concludes [from this] that the only sensible course for him to pursue is to add another animal to his herd. And another, and another … But this is the conclusion reached by each and every rational herdsman sharing a commons. Therein is the tragedy. Each man is locked into a system that compels him to increase his herd without limit, in a world that is limited. Ruin is the destination toward which all men rush, each pursuing his own best interest in a society that believes in the freedom of the commons. Freedom in a commons brings ruin to all.

Hardin’s argument was widely accepted by economists and free-market enthusiasts. The solution to the dilemma, it seemed obvious, was privatization, the enclosure of the commons.

But it is not obvious. Hardin’s theory was the purest poppycock, and widely adopted only because it seemed to convey the essence of free market competition. It was a truly corporatist view.

The main error was to adopt a key proposition of the free market, and of Adam Smith’s, that man is a rational being who always acts in his own best interests, and then to assume that those interests automatically involved multiplication of personal assets. But what Hardin was describing was not rational behavior — it was the purest selfishness. And there is, after all, a crucial difference. A rational being, faced with a dilemma of the commons, would be able to calculate long-term prospects and conclude, quite rationally, that some sort of short-term limit, arrived at through negotiation, would be in his own interests. In other words, in the context of a limited commons, cooperation is a more rational decision than independence. Hardin derived his views from biology — he wasn’t an economist — and preferred a hard-line version of Darwinism called, not surprisingly, survival of the fittest. But “fit” was interpreted narrowly and stripped of its social context. Hardin simply assumed that when men came together without rules, violence or conflict ensued. He had no knowledge of the equally Darwinist view that natural selection could just as easily select for mutual cooperation as for continual family warfare, a view that has been gaining credence among biological evolutionists in the past few decades. He took no account, therefore, of the human ability to develop rules for accessing and using common resources.

Cooperation, when you look for it, is not hard to find. Fishermen in several places have banded together to set sustainable catch quotas. The same thing is true, as Jonathan Rowe pointed out in an essay for WorldWatch, in the rice paddies of the Philippines, in the Swiss Alpine pasturelands, the Maine lobster fishery, the Pacific haddock fishery, and many other places. The case could even be made that as long as settled communities remain intact, the commons flourishes. The community merely needs to be enabled to protect it.

Marq de Villiers is an award-winning writer of books and articles on exploration, history, politics, and travel.  He is also a graduate of the London School of Economics, and his latest book puts his training in economics to good use.  Our Way Out: Principles for a Post-Apocalyptic World offers a refreshing menu of economic options for an overly consumptive population living on an environmentally stressed planet. 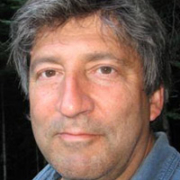