Ecological Economics represents the extension into economics of the thermodynamic revolution of the nineteenth and twentieth centuries. In physics, that revolution dethroned Newton and brought relativity. In biology, it was midwife to the birth of ecology, the study of ecosystems as wholes in which energy networks—food webs—are a defining structure. In chemistry the laws of thermodynamics brought clarity and rigor to a science that struggled to bring theoretical unity to diverse phenomena. So far, though, most economists are perfectly willing to treat their subject matter as if the laws of thermodynamics simply don’t apply to it. 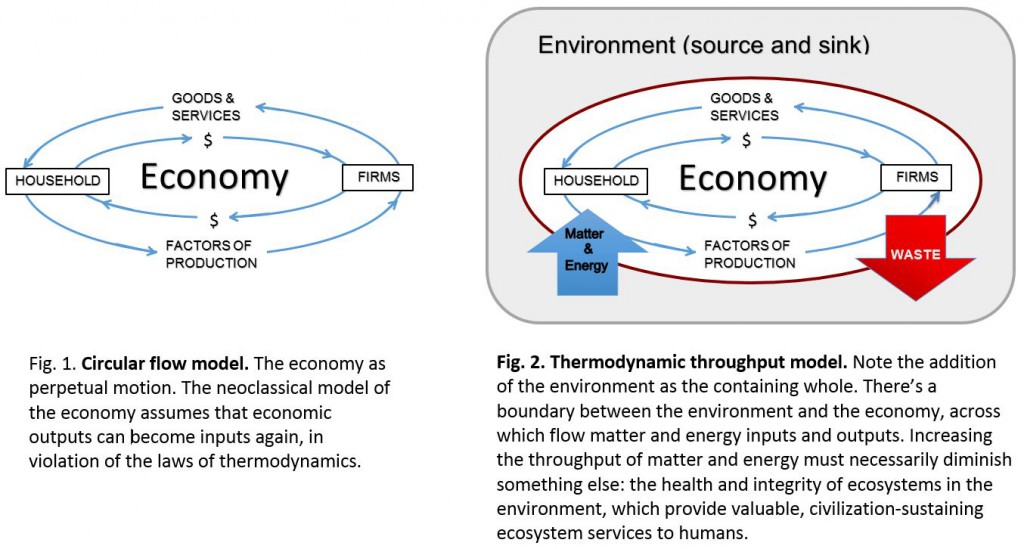 But the thermodynamic revolution in economics can’t be permanently forestalled. For one thing, it’s getting harder and harder for the neoclassical model to reassure us that its system of Newtonian abstractions is a good fit to the real world. The Great Collapse of 2008 demonstrated that whatever else it is, the discipline of economics isn’t very good at predicting major economic phenomena. Climate change and the Sixth Extinction make it hard for economics to maintain its pretense that economic activity takes place in abstractia, on the clean white pages of textbooks or on whiteboards holding formulae, with no roots in or consequences for anything outside of itself. Truths derived on the model of Newtonian mechanism are supposed to be abstract and ahistorical, but our planet and our economy are most assuredly evolving concretely and over time. 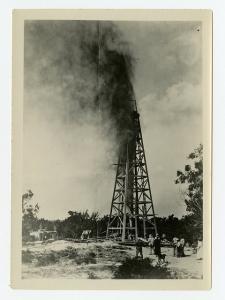 Oil used to gush out of the ground under pressure, making for a very high Energy Return on Energy Invested (EROI). In the 1920s, wells like this gave the industry an average EROI of 100 to 1 or more. Today’s petroleum industry has a much lower EROI. Photo Credit: Texas State Archives

You can see some of the consequences of declining EROI already:

Centuries from now economic historians are likely to understand the relationship between EROI and wealth creation much better than does the average economist of today. I think it likely that future political economists will express wonder not at the 20th century’s enormous economic success, but at how little we actually added to our stock of wealth for all the high-EROI coal and oil it was our pleasure to burn. They are almost certain to shake their heads in wonder that we, enjoying an energy supply and an EROI never seen on the planet before or since, could ever have experienced an economic downturn, could ever have let a human starve from want, could ever have been so programmatically blind to the physical origins of our fortunes.