Each time environmentalists rally to defend an endangered habitat, and finally win the battle to designate it as a park “forever,” as Nature Conservancy puts it, the economic growth machine turns to surrounding lands and exploits them ever more intensively, causing more species loss than ever before, putting even more lands under threat. For each acre of land that comes under protection, two acres are developed, and 40% of all species lie outside of parks. Nature Conservancy Canada may indeed have “saved” – at least for now – two million acres, but many more millions have been ruined. And the ruin continues, until, once more, on a dozen other fronts, development comes knocking at the door of a forest, or a marsh or a valley that many hold sacred. Once again, environmentalists, fresh from an earlier conflict, drop everything to rally its defense, and once again, if they are lucky, yet another section of land is declared off-limits to logging, mining and exploration. They are like a fire brigade that never rests, running about, exhausted, trying to extinguish one brush fire after another, year after year, decade after decade, winning battles but losing the war. 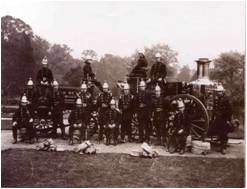 Despite occasional setbacks, the growth machine continues more furiously, and finally, even lands which had been set aside “forever” come under pressure. As development gets closer, the protected land becomes more valuable, and more costly to protect. Then government, under the duress of energy and resource shortages and the dire need for royalties and revenue, caves in to allow industry a foothold, then a chunk, then another. Yosemite Park, Hamber Provincial Park, Steve Irwin Park… the list goes on. There is no durable sanctuary from economic growth. Any park that is made by legislation can be unmade by legislation. Governments change and so do circumstances. But growth continues and natural capital shrinks. And things are not even desperate yet.

Here’s a thought. Stop fighting the brush fire. Stop investing time and effort in fighting for park preservation, and instead direct that energy into stopping economic growth. If the same energy that has been put into battles to save the environment piecemeal had been put into lobbying for a steady state economy, development pressure everywhere would have ceased, and habitat would be safe everywhere. After all, what area is not “sacred?”

For most of us who care about nature, bypassing local fights would seem like driving by an accident scene without stopping to offer help. Environmentalism, after all, is typically born from passionate concern about a threatened treasure very close to our hearts. But as General MacArthur and Admiral Nimitz concluded during the Pacific War, to achieve the long-term strategic objective, it is sometimes necessary to conserve strength by “island-hopping” over enemy strong points so that resources can be saved to fight the bigger, more decisive battles. Each of us has only so much time and energy to budget for the cause. The question is, are we deploying it to our best advantage? So far, environmental victories have been won at the cost of losing the strategic war. Environmental watchdogs bark, but the growth caravan moves on.

The practice of designating hallowed places as nature reserves must no longer be seen as “victories,” but rather as concessions. They are a permit issued to keep on growing as long as a small portion of the land base is left off the shopping list. The declaration by certain politicians to “protect” 12% of our land surface from exploitation is a permit to leave 88% unprotected. What they are really talking about, is licensed exploitation. It is like paying the mob not to rob your neighborhood, so that they can ravage others. The Saxons called it Danegeld, and all it bought was time. What is magical about this 12%? Does 12% somehow represent the area of land necessary to protect wilderness and wildlife? Or is it a political figure designed to achieve a compromise between conservationists and developers?

According to wildlife biologist Dr. Keith Hobson of Environment Canada, a veteran warrior of decades of battles to save habitat:

There is no biological basis to 12%. It came out of the Brundtland Commission and is a dangerous concept… …most biologists I know consider the number to be totally arbitrary and political, with no relationship to actual biology or conservation. As for abandoning the nature preservation schtick in favor of reduced human and economic growth, I emphatically agree. After all, what have been the true ‘victories’ of the environmental movement? Largely postage-stamp pieces of real estate, which, once designated, open the floodgates of development around them. And like you, I have absolutely no faith in the longevity of these designations.

Sir Peter Scott once commented that the World Wildlife Fund would have saved more wildlife it they had dispensed free condoms rather invested in nature reserves. Biodiversity is primarily threatened by human expansion, which may be defined as the potent combination of a growing human population and its growing appetite for resources. Economic growth is the root cause of environmental degradation, and fighting its symptoms is the Labor of Sisyphus.

Book Review: The Green New Deal and Beyond: Ending the Climate Emergency While We Still Can by Stan Cox
23 replies