How do you envision a successful economy without continuous growth?

It helps to consider a prior question: How do you envision a successful planet Earth without continuous growth? That is easy to envision because it exists! The earth as a whole does not grow in physical dimensions. Yet it changes qualitatively, it evolves and develops. Total matter on Earth cycles, but does not grow. Energy from the sun flows through the earth coming in as radiant low-entropy energy and exiting as high-entropy heat. But the solar flow is not growing. Nearly all life is powered by this entropic throughput of solar energy. There is birth and death, production, and depreciation. New things evolve; old things go extinct. There is continual change. There is qualitative development. But the earth is not growing!

The economy is a subsystem of the earth. Imagine that the economy grows physically to encompass the entire earth. Then the economy would have to conform to the behavior mode of the earth because the two would be identical. The economy could no longer grow and would have to live on a virtually constant solar flow with closed material cycles, approximating a steady state—an exceedingly large steady state to be sure. The economy would have taken over the management of the entire ecosystem—every amoeba, every molecule, and every photon would be allocated according to human purposes and priced accordingly. All “externalities” would be internalized as required by efficient markets, and nothing could any longer be external to the all-encompassing economy. The information and management problem would be astronomical—central planning raised to the thousandth power! Long before such a total takeover of the ecosystem, the human econom 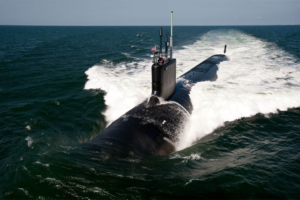 y and the civilization it supports would have collapsed under the weight of God-like information requirements and managerial complexity.

The more obvious political cost of growth is war for access to rival resources—minerals, water, agricultural land, and the remaining commons. The hope that economic growth would mean ever more things for ever more people, and would, therefore, keep the hounds of war at bay, may have been temporarily credible in yesterday’s empty world, but not in today’s full world.

To arrive at a vision that promises success we must discard some dead-end dreams—not only the “American Dream” of consumerism but also the mainstream economist’s dream of internalizing all ecological relationships into the monetary accounts of the economy. It is a fantasy to believe that we can devise a rigged market system in which “corrected” prices would tell the whole truth about the opportunity costs of everything in the world and automatically optimize the scale of the economy relative to the ecosystem, as well as the allocation of resources within the economy. In T.S. Eliot’s words, this is “dreaming of a system so perfect that no one needs to be good.”

To be good includes keeping the economy from overwhelming the containing ecosystem with massive depletion and pollution. The way to do that is to leave most of the ecosphere alone, to limit our absorption of it into the economic subsystem—to keep a large part of the earth ecosystem in natura—as a future source for low-entropy matter/energy inputs and sink for high-entropy waste, and as a provider of life-support services and habitat for other species.

Laissez-faire takes on a new meaning—it is the ecosystem, not the economy that must be “left alone” to manage itself and evolve by its own rules. Of course, the ecosystem cannot really be “left alone” because we absolutely depend on it to support life and production. But our rate of use must be confined within the regenerative and absorptive capacities of the ecosystem. The metabolic throughput from and back to nature cannot keep growing without eventually destroying ecosystem services faster than it produces production benefits, thereby becoming uneconomic growth. When the value of costs external to the market overwhelms the value of benefits internal to the market, then it is past time to transfer the privileges of “laissez-faire” from the economy to the ecosystem.

Once the economy is constrained in aggregate scale to stay within the limits imposed by the ecosystem, we could then fine-tune its allocative efficiency by internalizing remaining external costs into market prices. But it is critical to understand that even a perfectly efficient economy with optimal pricing can grow too big for the finite ecosystem to sustain, and once it is too big, then improving allocative efficiency within the too-big economy is like rearranging deck chairs on the Titanic.

Let’s Meet in the Ring: Steady Staters in the “Green Doughnut”
4 replies

Unlimited Competition Is Not Sustainable
Scroll to top
$