In a snarky moment, the late economist Kenneth Boulding said, “Anyone who believes exponential growth can go on forever in a finite world is either a madman or an economist.” Unfortunately madmen and delusional economists seem to be running the show. That’s why it’s so refreshing to meet someone who can see through the illusion of perpetual growth. It’s especially refreshing when that someone is in the early stages of a promising career — after all, today’s youth will be in charge of the transition to a sustainable economy (thank goodness, since they’re almost guaranteed to achieve a better track record for sustainability than their parents’ generation).

William Niancen Miao is not the sharpest knife in the drawer; he’s the sharpest knife in the whole kitchen, maybe all the kitchens within a fifty-mile radius. As a Fulbright Scholar studying industrial environmental management at Yale, he is synthesizing lessons from economics, legal studies, public policy, and the natural sciences into a solid understanding of what makes a sustainable business and a sustainable economy. His studies are surely shaping his big-picture view, but two other factors have also contributed: his history of worldly experience and his willingness to go against the grain.

Miao was born in 1990 and spent most of his youth in Shenzhen, a Hong Kong neighbor that was in the midst of a startling transformation from a fishing village to a concrete maze of skyscrapers. According to Miao, Shenzhen was built up in preparation for the handover of Hong Kong from the British to the Chinese. He says, “The Chinese government made it a special economic development zone. Hills and mountains were converted to quarries. The surrounding areas became factories.” The river that divides Shenzhen and Hong Kong got dirtier and smellier, and air quality declined to the point that blue became an uncommon color for the sky. After living under deteriorating environmental conditions and expanding stress from crowding and competition, Miao’s family made the decision to emigrate to New Zealand at the time he was starting high school.

The contrast between the lifestyles in New Zealand and China was obvious. Even though he had to learn a new language and culture, the pace of life slowed after the move. Miao de-emphasized his rigorous study of math and science, and took up art, music, and social studies. He found time to explore the beaches and beautiful landscapes of his adopted country. Miao says, “I was a very hard worker when I lived in China, but I became a more well-rounded person in New Zealand.” 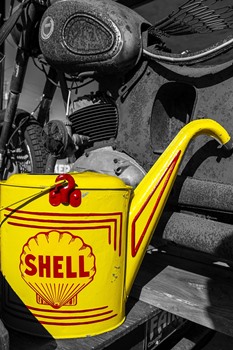 He was right about the job opportunities. At the end of his third year, he landed an internship at Shell Oil. By this time he was becoming increasingly aware of the principles of sustainability and green chemistry, and in his time at Shell, he realized his values didn’t mesh well with the company’s mission. Miao had been assigned to help with an offshore oil and gas project, and given the climate crisis, he questioned why he was even doing it. At the same time, he noticed that as supervisors climbed higher in the corporate hierarchy, they became more and more bound to Shell’s mission. They didn’t seem to think beyond production and profits, or consider the negative impacts of Shell’s activities. He asked himself, “Do I want to be like one of these folks?” The “no” answer brought another question to mind: “How can I do something greener, something broader?”

Miao knew he could get a six-figure salary if he took a standard chemical engineering job after graduation. That’s quite an enticement, but he concluded, “It’s more important to do what I actually want to do.” The only trouble: he wasn’t sure what that ought to be! Luck intervened. As a volunteer guide at a bird sanctuary (perhaps also a sanctuary for Miao himself from the Shell experience), he regularly hobnobbed with tourists. One such tourist was a professor who suggested that he look into the field of industrial ecology. That suggestion started Miao on another worldly adventure — this time to his current station at Yale.

He is learning to view industrial facilities and economic processes through an ecological lens. His combination of ecological understanding, grounding in the physical and chemical sciences, and love of the natural world (not to mention his work ethic) give him a unique potential to be an agent of change — to fix the broken parts of our industrial and economic systems. He wants to help firms achieve true systems thinking so that sustainability underpins every decision instead of being tacked on merely to create a better image or provide cost savings.

It takes sensitivity to recognize social and environmental problems. It takes insight to understand the systems from which those problems emerge. It takes integrity to align actions with values in an effort to change the systems. It takes courage to confront the mainstream point of view. And it takes sacrifice to put aside comfort and convenience to strive for something more elusive. Doesn’t it make you smile to know that students like William Miao are on such an honorable path?

The Triumph of Fantasy over Science, Part 1