Dr. Paul Brand was the son of British missionary parents in South India where he grew up. He returned to England to study medicine, then went back to take care of people with leprosy in India, mainly doing reconstructive hand and foot surgery—some 3,000 operations over many years. He also spent some time in Ethiopia doing similar things, and finally ended up as director of the only leprosy hospital in the USA, located in Carville, Louisiana. I believe that hospital closed about ten years ago after Dr. Brand retired. He died in 2003. His son happened to be a student of mine at Louisiana State University (LSU), so that is how I met him. Medically he is credited with having established that leprosy is not the direct cause of decay or necrosis of the hands and feet universally observed in people with leprosy. Rather, the damage to extremities is self-inflicted, resulting from the loss of sensation and inability to feel pain. Without pain, there is no feedback to tell you that you are damaging yourself. Dr. Brand developed routines and practices to help avoid self-inflicted injuries and wrote a book entitled Pain: the Gift that Nobody Wants. He also wrote the standard medical textbook on hand and foot surgery.

LSU is a big football school and an assistant coach invented a super-cushioned helmet that much reduced head pain on impact. This was thought a great thing until Dr. Brand pointed out that head pain was what kept football players from breaking their necks. Would you rather have a headache or a broken neck?

So much for background. I want to focus on a paragraph that Dr. Brand wrote in 1985:

I would gladly give up medicine tomorrow if by so doing I could have some influence on policy with regard to mud and soil. The world will die from lack of pure water and soil long before it will die from a lack of antibiotics or surgical skill and knowledge. But what can be done if the destroyers of our earth know what they are doing and do it still? What can be done if people really believe that free enterprise has to mean absolute lack of restraint on those who have no care for the future?

What led him to such a statement? Living in India, Ethiopia, and Louisiana—and witnessing the same thing in each place. 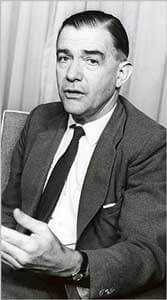 Dr. Brand, who passed away in 2003, is credited with establishing that leprosy is not the direct cause of decay or necrosis of the hands and feet. (Image: CC0, Credit: Hektoen International).

In India, he received his first lesson in soils management at age six from an old Indian farmer who reprimanded him and some other boys who carelessly broke the little turf dams on the terraced rice paddies along the mountainside while chasing frogs in the wet level terraces. The old man scooped up a handful of mud and said, this soil will feed my family year after year. But the soil has to stay up here. The water wants to carry the soil down the mountain to the river and then to the sea. Do you think the water will bring it back up? No, they answered. Will you be able to bring it back up? No, grandfather. Will rocky hillsides without soil feed my family? No. Well, that is why the dams must be cared for. Do you understand? Yes, grandfather, we’re sorry. Returning to this area many years later, Dr. Brand observed barren rocky hillsides—the result of government programs to use ex-prisoners to grow potatoes, but without first teaching them the wisdom of the old farmer.

In Ethiopia most of his leprosy patients were farmers, and that brought him again to the farms where he witnessed terrible erosion where there had once been trees and grasses. The Nile carried Ethiopian soil to Egypt. Farms grew poor crops, and the fields were full of large stones. But the stones were not so large that they could not be levered up and rolled to the edge of the field where they could have made useful walls instead of obstacles to tilling and harvesting. Why were such simple improvements not made, Dr. Brand asked. The peasants explained that if they made their fields look good and productive, they would lose them to the ruling class. Someone from the city would claim that his ancestors had owned it, and the peasants had no chance in court. So injustice, as well as water and wind, contributed to the erosion of the soil. People with leprosy who returned to the eroded farms did not have a good prognosis even if their leprosy was now under control.

The leprosarium at Carville, Louisiana, was just a stone’s throw from the Mississippi River. It dated from before levies had been built to contain the river. Therefore, all the buildings and houses were built on stilts—maybe four to eight feet high. For a week or so each year water swirled under your house, but you got around in a skiff or pirogue. (Nowadays a fiberglass bass boat with a 200 horsepower Mercury outboard engine is the standard mode of transportation in Louisiana bayous.) Meanwhile, the water deposited its silt before returning to its banks, transferring Midwestern topsoil to the Louisiana delta or rebuilding the eroding marshlands or barrier islands. Now the river is contained between levies to eliminate annual floods, so the silt is deposited in the river bottom rather than on the land, necessitating higher levies. Or the silt flows all the way out into the Gulf of Mexico and over the continental shelf, no longer rebuilding coastal marshlands that are now disappearing—and would have served New Orleans as a buffer against Hurricane Katrina. In addition to silt, the Mississippi carries fertilizer and pesticide runoff from Midwestern farms into the Gulf, creating a dead zone the size of New Jersey. “Cheap” corn and soybeans do not include the costs of lost seafood in the Gulf.

So in light of these experiences in Dr. Brand’s life, let us reread the first part of his statement: I would gladly give up medicine tomorrow if by so doing I could have some influence on policy with regard to mud and soil. The world will die from lack of pure water and soil long before it will die from a lack of antibiotics or surgical skill and knowledge.”

A physician treats our internal organs—heart, lungs, liver, kidneys, etc. in order that we may live longer and better. But our lives depend on external organs as well, environmental life support systems. What good are our lungs if there are no trees and grasses capable of photosynthesis? What good is our digestive tract if the land won’t grow food? What good are our kidneys if the rivers run dry, or are toxic? I think it is not much of a stretch for a good physician to realize that health and wellness now depend as much on the care of our collective external organs as on our individual internal organs. Reconstructing a patient’s hands and feet and then sending him to slowly starve on eroded farmland is at best a partial cure.

The other part of Dr. Brand’s statement, his questions, is also important: “But what can be done if the destroyers of our earth know what they are doing and do it still? What can be done if people really believe that free enterprise has to mean absolute lack of restraint on those who have no care for the future?” 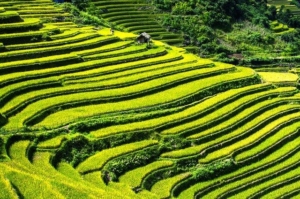 Environmental destruction, like other sins, is not just the result of ignorance. There is ignorance to be sure, but mostly we know what we are doing. We are caught up in structures that demand fast growth, rapid turnover, and quick profits. And that is facilitated both by ignorance of environmental costs and by the willingness to shift those costs on to others. Simple denial also plays a role—pie-in-the-sky savior fantasies of space colonization and belief in perpetual motion schemes—technological Gnosticism, I call it.

We all seem to suffer from a symptom of leprosy; we do not feel pain in our external organs and structures (our environmental extremities) and therefore do not stop the behavior that is damaging them. In part this is because often the benefits of the damaging behavior go to the people responsible for the behavior while the costs fall on others—the painful feedback is diverted to people who did not cause the damage. The fishermen in the Gulf of Mexico pay the cost of pesticide and fertilizer runoff caused by careless farming. Environmental costs have been shifted from those who caused them to those who did not.

It would be easy to say, Well this is nothing new, just the same old prophets of doom in modern dress—there is nothing new under the sun.” But there is something new—the earth is now relatively full of us and all our stuff. In my lifetime world population has tripled, and the populations of livestock, automobiles, and refrigerators have vastly more than tripled. Meanwhile, the size of the earth has stayed the same—so it is a lot more full. And the growing scale of the economy means that environmental and social cost-shifting is ever larger and more dangerous.

Consequently, there are many more environmental problems than soil erosion. I focused on that because it was what led Dr. Brand to his realization. Other newer environmental problems, many of them interrelated, include climate change, biodiversity loss, ozone layer depletion, overpopulation, oil depletion, etc. Not to mention modern warfare. I’ll spare you a complete litany.

Many environmentalists look at this list and despair. Humans, after all, they say, are just one more animal species and will over-consume and over-reproduce until they provoke a collapse—just like deer on an island or bacteria in a flask. But Christians like Dr. Brand and other thoughtful people as well, cannot take that attitude. Yes, we are a part of the Creation, and share many commonalities with our fellow creatures and are kin to them by evolution. But we are inescapably the creature in charge—the one that bears the capability and responsibility of the imago Dei. Dr. Brand was an example and witness to that truth.

Biocultural Heritage: The Foundation of a Sustainable Economy
Scroll to top
$