As much as I intended to cover the pending designation of GNP National Monument in Montana, that will have to wait until next time.  This week, there’s just no way a Daly News contributor could fail to focus on British Petroleum and the Deepwater spill.

The connection has to be pointed out, with emphasis and often, or we can forget about economic policy reform toward a steady state economy.  Instead, naïve (or unscrupulous) politicians and economists will call for more economic growth in order to fund all the hapless responses like hair-booms, deepwater robots, and top-kills.

The linkage between economic growth and environmental disaster probably seems obvious or at least intuitive to people such as our CASSE signatories, but we’ve learned that it is far from obvious to many economists, businessmen, politicians, and others who haven’t thought about it in these terms.  So let’s think about it a bit… 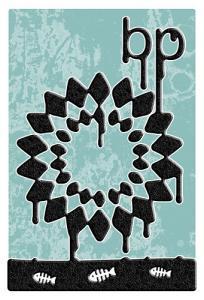 Environmental accidents include a long, long list of leaks, spills, collapses, collisions, breaks, explosions, fires, derailments, and other wrecks and mishaps to match the variety of economic endeavors from which they stem.  Here we are focused on accidents in the energy sector for two reasons.  First, these accidents tend to be some of the most disastrous.  Second, they are the most inevitable.

The first point is fairly obvious; the second point bears elaboration.  Why are energy sector accidents most inevitable?

So economic activity requires energy, and a growing economy requires more energy.  Next, it doesn’t take a rocket scientist to understand that the probabilities of energy sector accidents increase with – you got it – the level of activity in the energy sector!  And gambling with the energy sector is no Saturday jaunt to the tribal casino, where you might hit the jackpot and make an escape.  We’re talking about national and global economies – tens of thousands of oil wells, thousands of coal mines, hundreds of nuclear plants, etc. – operating 24/7 and into the long run.

That means the “probabilities” play out!

So it’s not a matter of whether disasters will occur.  And there’s no question they will devastate ecosystems, blow by blow (they’re disasters, remember?).  At this point, we’re BP: Beyond Probabilities.  For all practical and policy purposes, disasters and devastation are certain.  The only issue is how many disasters and how much devastation.  These amounts are certainly a function of economic growth.

So when they ask for ideas on what can be done about Deepwater or future such disasters, tell them to think of the big picture for a change and realize there’s just no techofix to the probabilities playing out.  The only real way to lessen the damage our grandkids will inherit is to start putting the brakes on this runaway economy.  That entails macroeconomic policy reform, not technofixes, and consumer care, not consumer “confidence.”

A steady state economy, even at the current dangerous size, would probably be the single greatest thing this generation could accomplish.  The next generation may have to work on putting the economy in reverse for awhile, until it fits within the planet’s capacity for disasters.  We need to lower the level of economic activity, starting with the energy sector, because in the long run, probabilities play out.

The Hurricane Effect
Scroll to top
$