“We are capable of shutting off the sun and the stars because they do not pay a dividend.” —John Maynard Keynes, 1933

“Let’s build a smarter planet.” This is IBM’s inspirational slogan, intoned as a benediction at the end of their 2010 advertisements. They do not say, “Let’s make a smarter adaptation to our planet Earth, out of which we were created and by which we are sustained.” It is the planet that is insufficiently smart, not its evolutionary prize-winning, big-brained, star tenant. 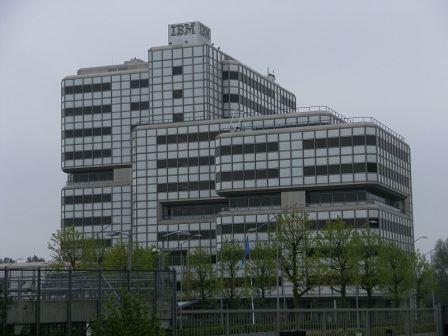 IBM claims they want to make a “smarter planet,” yet they refuse to acknowledge the one thing that could help our earth: ending economic growth. (Image: CC BY-SA 2.5, Credit: Mark Ahsmann)

What makes IBM think that the planet is dumb? Well, obviously the mentally challenged Earth does not know how to keep on accommodating our continual economic growth, so we must redesign it with that remedial instruction in mind. For example, our growth requires fossil fuels, but when we burn a lot of them the resulting atmospheric CO2 slows down the radiation of heat back to outer space, heating up the stupid planet and causing dumb climate change. It would be easier to radiate heat energy out and make more thermal room for necessary fossil fuel burning if only we had less solar energy coming in. So a smarter planet would have a higher albedo to reflect more of that troublesome incoming solar radiation. Blasting light-reflecting particles of sulfur into the stratosphere or troposphere should raise the planet’s IQ a great deal.

This sophisticated planet-smartening pedagogy is known as geo-engineering. It will cheaply re-engineer the planet to allow BP to feed the sacred flame of economic growth by drilling deeper holes in more precarious places to pump more oil. That in turn will supply NASA with the resources to build more rockets, thereby to fulfill our cosmic destiny to escape this terminally dumb planet and build a really smart one from scratch in a better location. Scientists have long realized that geo-engineering and other retrofitting measures, while necessary to buy time for building up evacuation capacity, cannot be the final solution for a congenitally moronic planet. And if meanwhile an occasional oil spill reduces the photosynthetic capacity of life in the Gulf of Mexico—well, we have just seen that our silly planet already allows in too much solar energy, so if we reduce that inflow we will not have to trouble ourselves with converting it into food energy. Furthermore when NASA, BP, and IBM finish building our new smart planet, it will contain a new and smarter Gulf of Mexico. 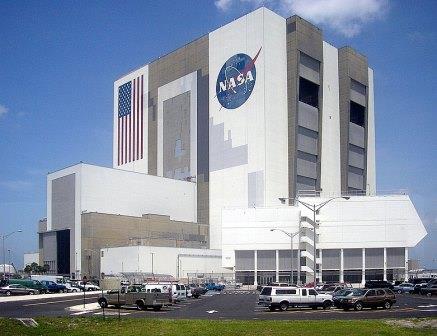 We look to NASA in the hopes of finding a better home instead of trying to save the one we already have. (Image: CC0)

To sum up, by serving only the interests of the growing economy, global corporations like IBM are providentially led, as if by an invisible hand, to also build a smarter planet! Of course, unlike Adam Smith, they do not really believe in any deistic providence with its invisible hand that converts private greed into public good. They know from modern science that random mutation plus natural selection explains everything, and that free will and purpose are illusions. But some of these illusions have survival value and must be persuasively advertised to secure support from the tax-paying masses (science is expensive)—at least until IBM, BP, and NASA have finished building a planet so smart that its inhabitants can safely be dumb robots.

The Triumph of Fantasy over Science, Part 1
7 replies

British Petroleum Vs. a Sustainable Planet: Time to Ban BP from Doing Business... BP: Beyond Probablilities
Scroll to top
$