Once upon a time the United States was a global pioneer of democracy and justice. The founders of this great nation articulated a noble vision of inalienable rights — life, liberty, and the pursuit of happiness. Times have changed. We have emerged from this presidential campaign with an ignoble vision of alienating wrongs — venom, vitriol, and the pursuit of pettiness. The campaign, including my campaign, dodged the most important issue of our era: coming to grips with the ecological reality confronting life on this planet. Today I pledge to make our nation once again the leader in solving economic, environmental, and social crises.

We have built a global economy that refuses to recognize ecological limits to growth. Repeated financial collapses, mushrooming corruption, and rampant speculation have characterized the last twenty years. We will blaze a new trail over the next twenty years; we will take bold steps to confront the failed global economy. Better late than never, we will face the issues of climate change and population growth that we have been avoiding for political expedience.

Modern industrial societies, with the United States leading the way, are emitting so much pollution that we have endangered the stability of earth’s climate and jeopardized the survival of over one quarter of the planet’s species. Our global population of over seven billion needs access to goods and services, but almost a billion are already struggling to obtain the bare necessities. Our civilization is using natural resources much faster than the earth can regenerate them. Scientists explain that we would need one and a half earths to keep consuming at our current rate. We can do better.

Our goal is to create a true-cost economy, a sustainable economy that gives everyone a fair chance. No more cheater economics and no more casino economics. We will put the cheaters in jail and close down the Wall Street casinos.

We will challenge the zealous pursuit of economic growth as the solution to the all problems. Much of our so-called economic growth has cost us far more than it has been worth. We have ruthless growth that benefits a few at the top but does nothing for most Americans. We have futureless growth that destroys resources, such as water and farmland, that will be needed by our children and grandchildren. Our economy should line up with our family values. We tell our children to save for the future. We don’t tell them to outspend their peers and judge the quality of their lives based on quarterly financial reports.

We will fund family planning so that the 250 million women worldwide who want such services can get them. All U.S. foreign aid will be screened to ensure that women will be better off as a result of the assistance.

While America has been sleeping, other nations have stepped into leadership roles:

It’s encouraging to see other nations stepping up, but the United States need to get in the game. We can no longer stand still and watch other nations pass by on the way to a sustainable twenty-first-century economy. 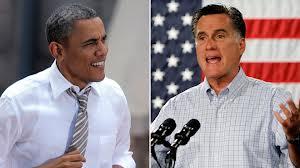 Your odds of being struck by a meteorite are better than your odds of hearing a speech like this from one of these candidates.

Instead of rehashing the vicious debate over the deficit, I will move to implement a Robin Hood tax of just half of one percent on financial transactions. This simple and fair tax would yield billions in revenue and prevent Wall Street gamblers from playing with our money. We can have prosperity without growth.

We will adopt a four-day work week. There is no winner in a rat race. We will share the work, so that everyone can have a job, and we will trade the high productivity of our workers for a time dividend — meaning more time spent with our families and less time spent at the office.

Instead of fighting wars over oil, our military will prevent wars by helping to engineer the transition to clean energy. The military is already far ahead of the public and politicians in recognizing the threat of climate disruption. For example, the U.S. Army is working to get its bases off the electric grid and onto renewable energy. We will accelerate efforts like these and apply them across the nation.

We have only to look at the history of our nation to find inspirational leadership. The United States led in stewardship of the land with the establishment of Yellowstone National Park, the world’s first, in 1872. Faced with mounting pollution in the 1960s, we responded to the challenge. Congress launched the first Earth Day on April 22, 1970, and assumed global leadership in reducing pollution by passing clean air and water laws. Other countries replicated our laws.

Now, even though most citizens are aware of profound economic and environmental problems at home and abroad, the United States has been a drag, not a leader. Instead of excuses and gridlock, we will take responsibility for our actions. My administration will put aside pessimistic notions of what we can’t do and focus on what we can do.

I am not proposing an unachievable agenda for the American people, but rather a solid plan to build on our past triumphs and cooperate with today’s leading countries, regions, cities, and towns that have begun the quest for an economy with a future. We will systematically transform the United States from the biggest consumer to the biggest conserver. We will take up the challenge of leadership so that we can once again pursue the noble vision of life, liberty, and the pursuit of happiness.

The Steady Stater Stance on Renewable Energy: A Clarification
1 reply

George Will, Doomsday, and the
Straw-Man Sighting