This one’s about dumb, dumber, and dumbest, plus two intermediate levels for good measure. Ready for the inglorious countdown?

5. “There is no conflict between growing the economy and protecting the environment.”

What the heck were the dummies thinkin’?

Maybe it would help if they thought about how the world looked before there was an economy. Or what the American West looked like as Lewis and Clark described it in 1805. Back when GDP was next to nothing. That’s when there was pristine air and water, forests tall and vast, bison in mind-numbing herds, wolves and grizzlies commonplace.

What happened to it all? Why? And does anything describe it better than growing GDP?

4. In the information economy, we can dematerialize economic growth.

What did the dummies think all that information would be used for? Invisible inspiration? Immaterial mental massaging? Unmentioned appreciation of unplayed music?

And did they think such immaterial imaginaries would somehow be bought and sold in a free market, contributing to economic growth?

Maybe common sense is a scarce commodity in the age of video games, derivatives, and e-stuff. Maybe some book-learning is in order, starting with some basic ecology and economics. Here’s a relevant tidbit: Due to the trophic structure of the human economy, economic growth requires increasing agricultural and extractive surplus at the base of the economy. It’s that surplus, and a very material surplus indeed, that frees the hands for the division of labor in the “information economy.”

This one is less illuminating than a 1-watt lightbulb. Might as well say, “If it’s not speeding up, it’s stopping.” Or, “If it’s not getting louder, it’s no longer making noise.” 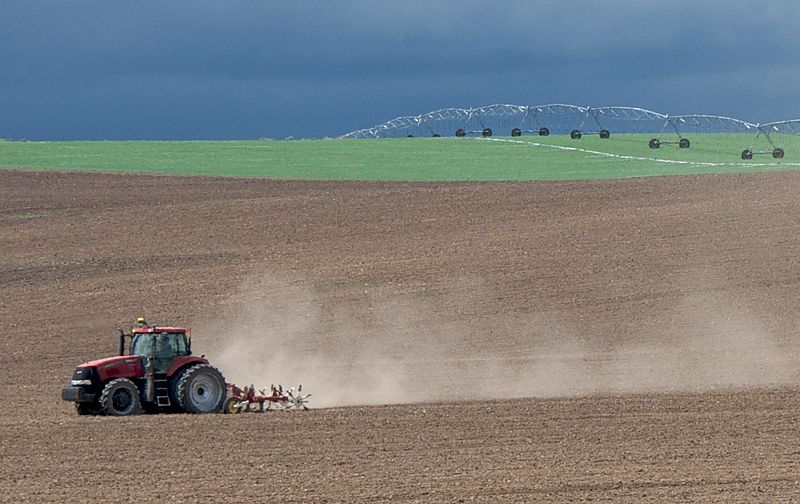 Or consider the human body. It’s highly relevant because all the human bodies combined constitute the producers and consumers of the macro-economy. Yet those bodies who insist on growing forever; they’re gonna die! And along the way they’ll causes shortages for the rest of us. The only chance of survival is to maintain that body — and the body economic — in a relatively steady state.

2. The wealthiest countries have the most environmental protection, which shows we need economic growth to protect the environment.

A common theme with dummies everywhere is linking a grain of truth with the validity of the entire field. For example, Sarah Palin says Russia is near Alaska. That is true. Therefore, says Dummy, she must be an expert in the field of foreign policy.

In this case, the field is neoclassical economics, where economists far removed from the land came up with a crazy construct called the “environmental Kuznets curve.” These economists acknowledge that, as the economy grows, it harms the environment. But then, they say, when enough growth occurs, society has the money to fix the environment!

Next they’ll be telling us the Biggest Loser needs more food to go on a diet.

The fact of the matter is that we have to get serious about going on an economic diet. We don’t need more economic fat to do it; we need only willpower and the common sense to realize that pushing for evermore economic growth is the same as pushing the planet to the brink of disaster. And that includes economic disaster.

Almost to the Dumbest

So we’ve covered dumb and dumber; almost to the dumbest. And there’s been a common theme: a lack of awareness of basic ecology and economics, leaving dummies susceptible to pipe dreams and pro-growth salesmanship. Ready to echo what most pleases Big Money: “There is no conflict between growing the economy and protecting the environment!”

That’s why it may surprise readers to find that the dumbest thing you’ll hear about sustainability comes from an entirely different corner. This is the one spoken by select, educated dummies who may have scientific background to understand the conflict between economic growth and environmental protection, but are oblivious to the sociology of sustainability. They are the quintessential example of the Donald Rumsfeld lament, “We don’t know what we don’t know.”

1. “Everybody knows there’s a conflict between economic growth and environmental protection.”

This one is so dumb you may not have even heard it before. It’s a statement uttered by those who think what they know — in this case about the conflict between economic growth and environmental protection — should be self-evident to others. It’s a lazy sort of dumbness based on ignorance of the social facts.

Just because something should be the case doesn’t make it so. Everybody should know there’s a conflict between economic growth and environmental protection, yes. But if you know anything about sustainability, you’re aware of a massive literature describing how neoclassical economics, as played by “win-win” politicians, has led the public astray from common sense. Americans, especially, are all too programmed to believe, “There is no conflict between growing the economy and protecting the environment!” Nationwide public opinion surveys have provided evidence for this win-win rhetoric seeping into the American mind.

So when you hear somebody say, “Everybody knows there’s a conflict between economic growth and environmental protection,” you know something is wrong. It could be sheer ignorance, or it could be something worse. There are highly paid yes-men and women in government, business, the non-profit sector, and even academia who refuse to raise a finger to educate the public on the perils of economic growth. They’re afraid of the personal consequences of telling the truth. But they make up plenty of excuses. They’ll say we don’t need to raise awareness of the conflict between economic growth and environmental protection, because “Everybody knows it.”

So you might object, “When they say such a thing, maybe they’re just being sneaky and cynical, not necessarily dumb per se.”

Ironically enough, only the dummy who says such a thing could actually know.