One tends to read the obituary column more attentively as one gets older. That is probably what led me to notice the death of George P. Mitchell, age 94—plus the fact that he was from the Texas Gulf Coast (Galveston and Houston), the part of the country where I grew up. The obituary credited Mr. Mitchell, a highly successful oil mogul and geologist, with having been the major developer of the technology of “fracking” and praised him for thereby having guaranteed energy independence and continued economic growth for the USA. 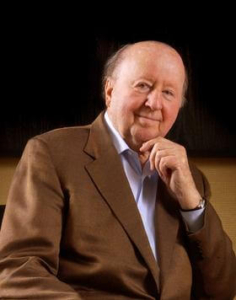 George Mitchell passed at the age of 94. He helped develop fracking, yet, ironically, the 1975 Woodlands Conference on Limits to Growth.  (Image: CC0, Credit: TAMU Science).

Wait a minute, I thought—could this be the same George Mitchell who organized the 1975 Woodlands Conference on Limits to Growth and did so much to promote serious discussion of that book? Yes, it was. How strange! On the one hand, he was actively concerned about the likelihood that growth would wreck the planet, and on the other hand, he was the major developer of the most growth-pushing and planet-wrecking technology of recent decades!

My first thought was that such a contradiction was irreconcilable. But on second thought I began to think of a possible reconciliation. It is a matter of sequencing. Does a new extractive technology arrive before or after limits to growth in resource throughput are in place? If we were to first enact limits to growth in resource throughput, then even a violent extractive technology such as fracking would be constrained in its ability to wreck the planet on a large scale. The lower carbon content of natural gas might reduce global warming enough to make up for additional extraction damage to the environment. However, if we insist that unlimited growth must remain our first goal, then fracking will just increase total greenhouse gas emissions, not to mention groundwater depletion and pollution. With growth in the first place, even soft technologies, those that increase the efficiency of resource usage, are likely (thanks to the Jevons Paradox) to promote growth in resource throughput to a scale that is on balance harmful.

A charitable understanding of this contradiction in Mitchell’s life is that perhaps he tried to gain acceptance of limits to growth before he developed fracking, but the effort failed. Or, maybe more likely, he saw no contradiction and pursued each activity independently—growth as a private entrepreneur; limits to growth as a public citizen. Subsequently, he was at least a proponent of strong environmental regulations on fracking. But, with growth in the first place, such regulations will be no more successful in limiting damage done by fracking than the Woodlands Conferences ultimately were in promoting limits to growth.

What happened at the Woodlands? Mitchell was inspired by Dennis and Donella Meadows’ book, The Limits to Growth, to fund and organize a series of five biennial conferences to be held at The Woodlands, a planned community developed by Mitchell just north of Houston. The first Woodlands Conference in 1975 was a great success. Its theme was “Alternatives to Growth.” In addition to the Meadows, speakers included E.F. Schumacher, Jay Forrester, Wendell Berry, Lester Brown, Amory Lovins, Bruce Hannon, Gerald Barney, and many others including yours truly. The anti-limits position was led by Herman Kahn. The idea of a steady state economy got a respectful hearing. It was an excellent beginning to be followed by four more conferences on the same theme. 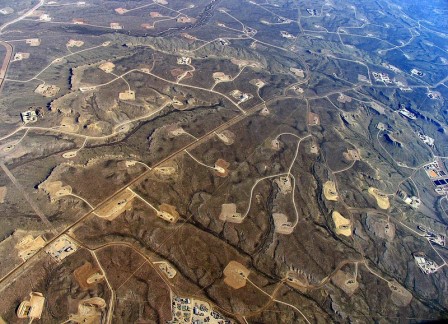 Despite what George Mitchell believed about fracking and limits, it is now our time to be courageous and stand up against technology that contributes to GDP growth. (Image: CC BY 2.0, Credit: Simon Fraser University)

Somehow by the third conference, the theme had mutated from “limits and alternatives to growth” to “management of sustainable growth.” The leadership passed from Meadows and Meadows to the Aspen Institute and the University of Houston. Instead of challenging business-as-usual, the emphasis shifted to sucking up as usual to business interests. The new, “more balanced” view was that we really must not limit growth but focus on good growth rather than bad growth. Growth had somehow become “sustainable,” contrary to the main conclusion of The Limits to Growth. The reasoning behind this reversal was kept vague. There was an utter failure of nerve on the part of scientists and especially economists to confront the continuing challenge that George Mitchell and the Meadows had initially set up. Indeed, practically no economists attended the conference. The very idea of limiting growth was too big a pill for economists, politicians, and most scientists to swallow. They coughed it up and silently spit it into their napkin at the conference banquet.

I briefly met George Mitchell but did not know him personally. Maybe he changed his mind about limits to growth; maybe he thought that more energy would always overcome any limits, or maybe he figured he had given the issue of limits his best shot with disappointing results and it was time to move on. Compared to other leaders in the fossil fuel industry George Mitchell was a beacon of light, as well as a civic leader and philanthropist. Since 1975, there has been serious retrogression in the leadership of the fossil fuel industry. Just compare George Mitchell to the Koch brothers!

The bad news is that evidently things still have to get much worse before we will muster the courage and clarity to try to make them better. The “good news” is that things are indeed getting worse—thanks to our mistaken belief that growth in GDP and its close correlate, resource throughput, must, even in a full world, always increase wealth faster than illth.

Bring Back Hank Paulson — On One Condition
Scroll to top
$