Voluntary simplicity is most basically characterized by the practices of mindfulness and material sufficiency. Through bringing mindfulness to our daily lives, we seek the maximum of well-being achievable through the minimum of material consumption. Well-being applies to all life forms on Earth, not just people.

The practice of sufficiency implies conscious moderation of material consumption to some admittedly flexible limit discerned by weighing both physical needs and ethical principles. Voluntary simplicity is about enough, for everyone (including other species), forever. The practice of sufficiency replaces the pursuit of affluence in consumer culture.

There are a number of synergies between voluntary simplicity and the social arrangements conducive to a steady-state economy. There are also some differences and divergences.

First, voluntary simplicity traditionally takes an individual household or “microeconomic” perspective of the good life. Most of the literature about simple living is addressed to individuals and how they can exercise choice within the scope of their personal lifestyles and families to improve quality of life through reducing material consumption. Steady-state economics is a set of macroeconomic policy recommendations. There is a discontinuity of scale between these two ways of looking at life, though certainly not a discontinuity of the values that inform both perspectives.

Both steady-state economists and practitioners of voluntary simplicity care deeply about ecological limits and social justice. Both see conserving ecosystems and reducing inequity as intimately tied up with decisions about consumption. The steady-state goal of limiting the scale of the economy relative to the ecosphere would probably be endorsed by many practitioners of simple living.

Second, there is little reference in the simplicity literature to population issues. But I would suggest that among most practitioners of voluntary simplicity, limiting population as a necessary condition for a good life is a concept so taken for granted that it scarcely gets mentioned. From its earliest formulations, steady-state economics has urged limits on human population as a prerequisite for attaining a steady state within Earth’s carrying capacity (Daly 1995). Just how this might be achieved is a continuing topic of discussion with fertility licensing being only one option. 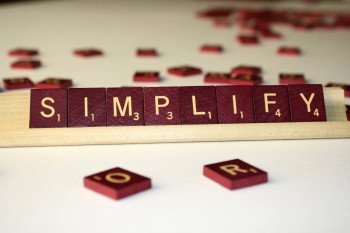 Third, mindfulness practice helps us distinguish material from nonmaterial needs. As we become more skilled at securing appropriate satisfiers for each, we discover that material needs are small and relatively stable over time, thus calling for a small, steady-state economy to provide for them. Consumer culture’s emphasis on production for affluence derives from its tendency to conflate nonmaterial needs (which are limitless) with material consumption (which is constrained by planetary limits). The insights offered by voluntary simplicity about what makes for a good life, what role material things play in it, and how to cultivate mindfulness about our consumption choices offer a powerful complement to macroeconomic policies in promoting overall sustainability.

Fourth, the history and present-day practice of voluntary simplicity illustrate that a high quality of life depends jointly on sufficient material provision and abundance of nonmaterial experiences that contribute to well-being. Fortunately, sufficient material provision is easy to achieve within ecological limits if our economy and marketing methods do not systematically and artificially inflame desire for material goods as proxies for meeting nonmaterial needs. Once material needs have been met, the extra ecological footprint incurred for meeting nonmaterial needs is remarkably small. Practitioners of voluntary simplicity, therefore, provide living examples of the good life that is possible in a steady-state economy.

Fifth, living within the means of what the planet can provide, as urged by steady-state economics, requires a move away from economic globalization and toward localization. Voluntary simplicity recognizes self-reliance as a key element of a good life. Cooperating with our neighbors to provide local goods and services achieves community economic development. Such cooperation builds economic assets with tools such as local currencies, barter systems, cooperative enterprises, and all manner of production using local labor and resources. These practices also build “social capital” — the dense network of relationships which include, but also transcend, economic exchange relationships. Psychological research has repeatedly shown that the quality of our relationships is the most important contributor to well-being, followed closely by the quality of our work experience, access to leisure, and physical health. Beyond modest sufficiency, monetary riches occupy a distant fourth or fifth place on the list of what makes for a good life. Promoting personal and community self-reliance seems highly synergistic with the requirements of a steady-state economy.

Perhaps the greatest difference between the voluntary simplicity movement and steady-state economics is the analysis of desire (or lack thereof). For simple living, this analysis is fundamental to a good life. The origins of desire seem to be mostly lacking from economic theory and analysis. Mainstream economics rests on an 18th-century theory of human psychology and motivation that finds no empirical support from modern psychological research (see the critique of the “standard economic model” offered in Schor 2009). Moreover, macroeconomic policies amount to the imposition of measures by elite economic agents upon the rank and file of humanity who are often kept in the dark about social and environmental problems and are intentionally kept out of decisions for fixing these problems. While expedient in some circumstances, such an approach squares poorly with the values of simple living. Something more is required.

The discipline of economics claims that people can be forced to modify the expression of their desires through their consumption behavior. The forcing device is the pricing mechanism, which is driven by those who want to exploit desire to generate profit. But in reality, changing behavior requires much more than getting the prices right. It requires both inquiry into the nature of desire itself and further insight or self-awareness on the part of consumers.

Certainly people can be coerced to behave in certain ways by creating price incentives for desired behavior. But another approach is possible that grows from enlightened self-awareness — not just “rational” self-interest. Human behavior changes when our consciousness of ourselves and our relationships change. Since consciousness is at least partly socially constructed, it is through our relationships with others that transformations of consciousness can occur. Therefore, changing the focal length of consciousness through mindfulness practice and conscientization experiences represents an alternate evolutionary pathway toward a better life. We need not be limited to just tinkering with price systems or imposing “limits” by elite fiat.

I should hasten to add that my view is not universal among voluntary simplicity practitioners. But there is noteworthy consistency over centuries and across cultures that the choice to adopt a simpler life is usually preceded by a fundamental change in outlook (Wagner 1903, 17). Sometimes this is caused by trauma or loss (Spina 1998), sometimes by deliberate spiritual practice (Kasser and Brown 2005), and sometimes it happens as a series of spontaneous insights that lead us to question our previous understanding of what constitutes the good life and seek alternatives (Elgin 2010; Pierce 2000).

Schor, Juliet. (2009). “The new politics of consumption.” In: Voluntary simplicity: The poetic alternative to consumer culture. Samuel Alexander. ed., 253-269. Wanganui, NZ: Stead and Daughters Ltd. Schor provides yet another take on what might motivate the formation of a politics of simple living and some key principles that might guide it.

Mark Burch is a fellow of the Simplicity Institute and also the author of Stepping Lightly: Simplicity for People and the Planet.