Editor’s note: this essay was first published in Truthout.

You probably missed it, but April 13, 2014, marked the third annual Pursuit of Happiness Day. April 13 just happens to be the birthday of Thomas Jefferson, who wrote those famous words “life, liberty and the pursuit of happiness” into our Declaration of Independence.

Jefferson and other American revolutionary leaders including Washington, Adams and Franklin all believed that the main purpose of government was increasing the happiness of its citizens. They said so on many occasions. But the idea of government promoting happiness or its corollary, “wellbeing,” is more often derided in contemporary politics – “social engineering,” some call it.

One significant exception is the state of Vermont. In addition to electing the most progressive and independent of US senators, Bernie Sanders, Vermont has become a laboratory for promoting new ways of understanding and promoting happiness and wellbeing. Its governor, Peter Shumlin, has proclaimed Pursuit of Happiness Day in Vermont for the past three years. Its legislature, with support from Democrats, Republicans and Progressive Party members, has established a state GPI or Genuine Progress Indicator, that uses some two dozen measures of health, wealth, education, leisure and sustainability to measure progress (Maryland has the same index and other states may follow soon).

So it’s probably not surprising that Vermont has been the site of three of four national Happiness conferences in the US (Seattle hosted the other) and will be sponsoring the 5th Gross National Happiness Conference – Happiness and Wellbeing: Building a National Movement – in Burlington at the end of this month. Organizers hope the conference will help create a strategy for building public policies and personal change based on the goal of Sustainable and Equitable Wellbeing and Happiness.

The conference was inspired by a United Nations meeting, Wellbeing and Happiness: Defining a New Economic Paradigm, held in April 2012. At that meeting, then-Prime Minister of Bhutan, Jigmi Thinley, declared that

The time has come for global action to build a new world economic system that is no longer based on the illusion that limitless growth is possible on our precious and finite planet or that endless material gain promotes wellbeing. Instead, it will be a system that promotes harmony and respect for nature and each other; that respects our ancient wisdom traditions and protects our most vulnerable people as our own family, and that gives us time to live and enjoy our lives and to appreciate rather than destroy our world. It will be an economic system, in short, that is fully sustainable and that is rooted in true abiding wellbeing and happiness. 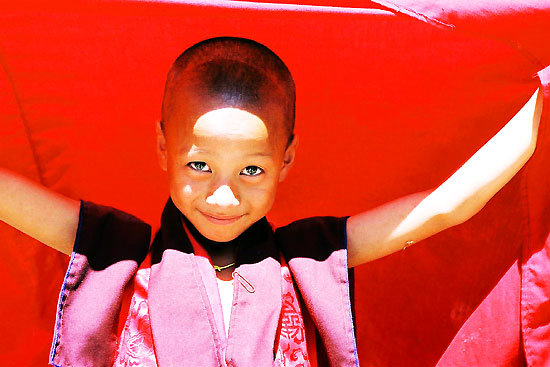 The tiny Himalayan nation of Bhutan, population 750,000 (about the same as Vermont), has been trying to measure and promote happiness as the goal of its government since its then-16-year old King, Jigme Singye Wangchuck, proclaimed that “Gross National Happiness is more important than Gross National Product” four decades ago. Its challenge to Gross National Product (now Gross Domestic Product), the standard by which other nations measure success, followed an earlier observation by US Senator Bobby Kennedy that GNP “measures, in short, everything except that which makes life worthwhile.”

As is now well-understood, GNP (or GDP) is a poor indicator of wellbeing – it measures the churn of money in a society. It creates an upside-down world in which many bad things – oil spills, traffic accidents, cancer, etc. – are measured positively because money must be spent to alleviate them, while many things essential to wellbeing – housework, volunteering, natural beauty, good health, etc. – are not counted at all (prompting Kennedy’s comments). The Genuine Progress Indicators used in Vermont and Maryland are attempts to correct these clear design flaws in GDP.

Bhutan has brought leading experts in many disciplines from around the world to guide its progress toward its goal of Gross National Happiness. The country currently conducts bi-annual surveys to measure the wellbeing and happiness of its people, measuring progress in nine areas or “domains” of life considered especially important for happiness, including: physical health; mental health; education; quality of governance; social support and community vitality; environmental quality; time balance; access to arts, culture and recreation, and material wellbeing. In this model, material wellbeing – the primary goal of GDP – matters, but as only one of several important factors.

Bhutan has also created a “happiness policy tool” that allow lawmakers to understand the longer-term implications of proposed legislation on each domain of happiness. Its 24-member Gross National Happiness Commission evaluates major policy proposals using this tool and advises Bhutan’s parliament regarding their likely impact. For example, using the tool, Bhutan turned down an offer to join the World Trade Organization. The proposal scored only 42 of 92 possible points in the GNH Commission analysis; 69 points are required for a positive recommendation.

The New Science of Happiness

In the days of Jefferson, it wasn’t really possible to measure and assess national happiness and its causes. But in the past couple of decades, a new science of happiness, driven by advances in positive psychology and extensive studies of the brain, has allowed researchers to more thoroughly understand happiness and its roots in both public policy and human behavior. Gallup polls 1,000 Americans daily regarding their life satisfaction using a popular tool called the Cantril ladder: Perhaps not surprisingly, Americans are 20 percent happier on weekends than on workdays.

Gallup also uses the ladder and other measures to assess the happiness of 150 countries in the world each year. Consistently, northern European nations rank on top, with Denmark in the number one spot (at 7.7 out of 10) year after year. The United States, which ranked 11th in 2007, has dropped to 17th place (7.0 out of 10) since the great economic meltdown. Several factors in particular characterize the world’s happiest countries – a relatively small gap between rich and poor; excellent work-life balance; urban design favoring community over cars; high degrees of interpersonal trust; a strong social safety net, and, contrary to popularly-held US ideas, the highest tax rates in the world.

Organizers of the Vermont conference hope to launch a movement that puts happiness and wellbeing at the forefront of policy ideas and educational goals. The event features more than 50 prominent speakers, including Vermont state Senator Anthony Pollina, author of the Vermont GPI legislation, Linda Wheatley and Tom Barefoot, lead organizers of GNHUSA, the Vermont organization that has been the primary conference organizer, Laura Musikanski of the Happiness Alliance based in Seattle, John Havens of Hacking H(app)iness and a writer for the British newspaper The Guardian. (Full disclosure: This author is also a speaker.) 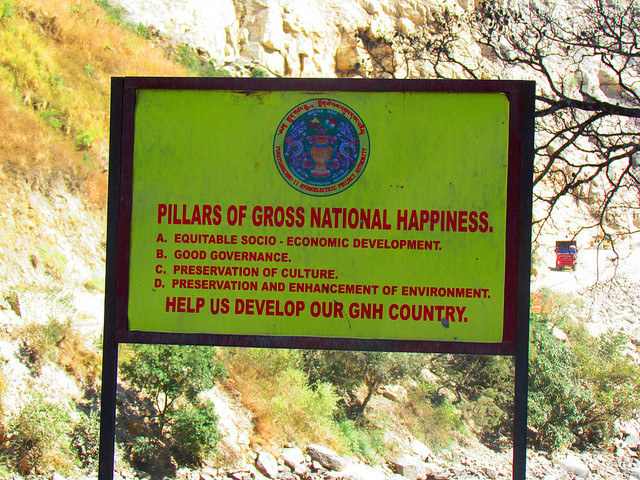 “Bhutan may have first suggested that happiness and wellbeing be the primary focus of policymaking,” says Linda Wheatley, conference organizer and co-founder of Vermont-based GNHUSA, “but now, as we face indicators of economic, social and environmental distress, the whole world is seeing the value of that shift in orientation. It’s time for an informed and inspired grassroots movement. We’re thrilled to be part of that effort and invite everyone else to join us.”

Participants will gather to share the tools, skills and resources for building happiness initiatives in other towns and cities across the country. The formal conference, on Thursday and Friday, will explore four content areas: Policy and Community Engagement; the Power of Data; Developing Happiness Skills, and Movement Building. Each segment will include a keynote and plenary presentations by well-known academics and activists in a variety of related fields, followed by workshops for further skill development. The very practical efforts currently underway in Vermont will be an important focus of the conversation.

The formal conference, on Thursday, May 29 and Friday, May 30, will be followed on the weekend by a series of add-on trainings including a focus on spiritual traditions and on conducting happiness surveys and using happiness policy tools in local communities.

Until now, what has been happening in Bhutan, and more recently, in the state of Vermont, has been under the radar of most Americans. Conference organizers hope this gathering will help change that.

“We’ll be looking at best practices to improve wellbeing and happiness from throughout the world,” says Tom Barefoot of GNHUSA.

At a time when so much of our news is a litany of inequality and environmental destruction, making happiness our goal instead of more money, stuff and consumerism is common sense. The scientific evidence shows that social connection, participation, good health and access to nature matter far more for wellbeing than an ever-growing GDP. It’s time for that evidence to get out there more widely.

The Hidden Costs of Cheater Economics on Human Health & the Future of Life...