In a true cost steady state economy, the real costs of goods and services would not be disguised, hidden, or kept off the accounting ledger. The former head of Friends of the Earth England, Tony Juniper, makes a significant contribution to the discussion of a true cost economy in his new book What Has Nature Ever Done For US? How Money Really Does Grow on Trees.

Cheater economics enables polluting products to be sold cheaper than many clean products. Cheater economics includes subsidies for fossil fuels, pesticides, and toxic chemicals. Cheater economics tolerates pollution externalities, as economists have noted. For example, many damages caused by air pollution from coal-fired power plants are not incorporated into the price of coal but simply borne by the victims. The act of mountain top mining eliminates forests and streams while air pollution from burning coal results in loss of crops, damage to buildings, health problems, and mercury contamination of fisheries, etc.

Here is a sample of the astonishing set of ecological costs stemming from economic activities that damage or rearrange ecosystems that are presented in What Has Nature Ever Done For US? 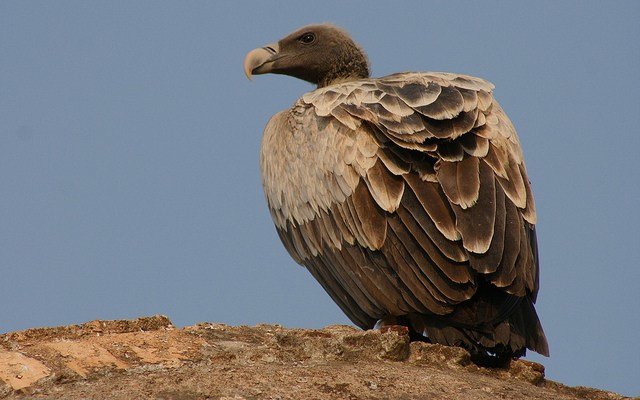 India has almost lost its total population of 40 million vultures as a result of anti-inflammatory drugs injected into cattle and water buffalo. The vultures consumed the carcasses of these and other dead creatures and accumulated a fatal dosage. Now 12 million tonnes of animal flesh that vultures consumed annually is left rotting, fed upon by growing packs of dogs that have caused a massive outbreak of rabies among the human population. The annual medical costs exceed $30 billion as a result of the demise of the vulture population, which had previously provided free of charge essential garbage/carrion collection services.

About two thirds of the world’s food crops require animal pollination and one trillion dollars of the $3 trillion annual sales of agricultural products are dependent on animal pollinators such as honey bees and bumblebees. Certain pesticides are killing off these crucial pollinators. In the 1980s, extensive use of pesticides in part of Sichuan, China, eliminated the bee pollinators. Today in this region, about 40,000 people now have to pollinate apple and pear trees by hand.

The United Nations Food & Agriculture Organization (FAO) reports that in 146 countries, 90% of the food supply is provided by 100 crops. What is significant is that 71 of these 100 crops are pollinated primarily by wild bees. These crops include squashes, cherries, plums, cucumbers, strawberries, and pears.

Destruction of Ocean Fisheries via Subsidies

Ocean fisheries contribute $274 billion for global GDP but various countries provide $16 billion in subsidizing fishery harvesting practices that are highly damaging to fish stocks: i.e., the equivalent of killing the goose that laid the golden egg. 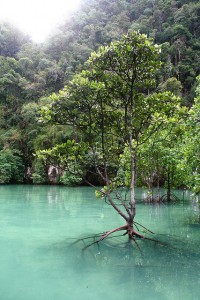 One square kilometer of mangrove forest is worth between $200,000 and $900,000 annually. Destruction of coastal mangrove forests, as occurs with Asian shrimp farms, eliminates the storm protection barrier that is increasingly important in the face of sea level rise.

To deal with the poor health of people in the polluted Gateshead area in Northeast England, a group of British public agencies in 2004 initiated a program of walks in a 360 hectare mixed forest zone. Tony Juniper reports that these walks were very effective in improving patients’ health and were far superior to the alternative of exercise in a gymnasium.

A growing body of evidence points to the health benefits from interactions with nature. Dr. William Bird, a British doctor, ran a diabetic clinic in the 1990s in Oxfordshire where he initiated a very successful program of health walks in natural areas. But the sad fact is that natural areas are declining in many urban areas. In Sheffield, England, the “roaming” range for children has declined over 5 generations from six miles when the great-grandparents were children to about 300 yards today for children. The health costs of destroying natural areas globally is simply a pollution externality for developers and extractors and is shoved off on the public.

Pharmaceuticals & the Loss of Tropical Rainforests

Experts estimate that between a quarter and a half of the $640 billion global pharmaceutical market is based on natural genetic diversity. Tropical rainforests contain a significant portion of the genetic diversity on earth, but despite the grave concerns about deforestation, an area the size of Germany or Montana was lost between 2000 and 2013.

To establish a true cost economy, we must get the ecological price right on products and services. The examples presented in Juniper’s book illustrate the extraordinarily large benefits provided by nature but neglected in today’s economic accounting. These compelling illustrations can be of great benefit in pushing toward a paradigm shift in current mainstream economic thinking. They are straightforward matter-of-fact descriptions of externalities that are undermining the life-support ecosystems of the Earth.

The Securities and Exchange Commission (SEC) should be requiring companies to disclose their pollution externalities annually so as to alert investors and the public to the true cost of their products. However, not only will a steady state economy depend on accounting for these costs and putting an end to cheater economics, but will also depend on changing our macroeconomic policy goal of continuous growth. Only then can we begin to stop the destruction of our planet and ensure our health and the environment are protected for generations to come.

Building a Movement for Happiness
Scroll to top
$