“Open borders” refers to a policy of unlimited or free immigration. I argue here that it is a bad policy. If you are poor and your country provides no social safety net, you move to one that does. If you are rich and your country makes you pay your taxes, you move (or at least move your money) to one that doesn’t. Thus, safety nets and public goods in general, disappear as they become both overloaded and underfunded. That is the “world without borders” and without community. That is the tragedy of open access commons.

Some will think that I am attacking a straw man because, they will say, no sensible person really advocates open borders. They simply advocate it will be said, “More generous levels of immigration, and a reasonable amnesty for existing illegal immigrants.” I agree that some form of strictly conditional amnesty is indeed necessary as the lesser evil, given the impasse created by past non-enforcement of our immigration laws. Deporting 12 million long-settled residents is too drastic and would create more injustices than it would rectify. But unless we enforce immigration laws in the future, there will soon be a need for another amnesty (the first, often forgotten, was in 1986), and then another—a de facto open-borders policy. Nevertheless, the policy of open borders should be fairly discussed, not only because some people explicitly advocate it, but also because many others implicitly accept it by virtue of their unwillingness to face the alternative. 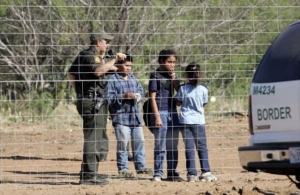 The USA needs to enforce immigration laws in the future, otherwise, there will be need for amnesty and an open-border policy. (Image: CC0, Credit: Beeraj Patel).

Immigration is a divisive issue. A good unifying point to begin a discussion is to recognize that every country in the world has a policy of limiting immigration. Emigration is often considered a human right, but immigration requires the permission of the receiving country. Some countries allow many legal immigrants. Others allow few. As the World Bank reported in its Global Bilateral Migration Database: “The United States remains the most important migrant destination in the world, home to one-fifth of the world’s migrants and the top destination for migrants from no less than sixty sending countries. Migration to Western Europe remains largely from elsewhere in Europe.”

There are also arguments about the emigration side of open borders—even if emigration is a human right, is it unconditional? Might “brain-drain” emigrants have some obligation to contribute something to the community that educated and invested in them before they emigrate to greener pastures?

Immigrants are people and deserve to be well treated; immigration is a policy and deserves reasoned discussion in the public interest. It seems that neither expectation is fulfilled, perhaps partly because the world has moved from largely empty to quite full in only one lifetime. What could work in the world of 2 billion people into which I was born no longer works in today’s world of 7 billion. In addition to people, the exploding populations of cars, buildings, livestock, ships, refrigerators, cell phones, and even corn stalks and soybean plants, contribute to a world full of “dissipative structures” that, like human bodies, require not only space but also a metabolic flow of natural resources beginning with depletion and ending with pollution. This growing entropic throughput already exceeds the ecological capacities of regeneration and absorption, degrading the life-support capacity of the ecosphere.

The USA is indeed a “country of immigrants,” although for Native Americans this frequent refrain reflects a less positive historical experience than it does for European settlers. Nor does the term resonate positively with those African Americans whose recent ancestors were brought here as enslaved peoples. Many Americans, including me, think that heirs of slavery deserve priority in the U.S. job market (including job training) over new immigrants, especially illegal immigrants (likewise for the many Americans of all races living in poverty). Some other Americans, unfortunately, seem to feel that if we can’t have slaves, then the next best thing is abundant cheap labor, guaranteed by unemployment. 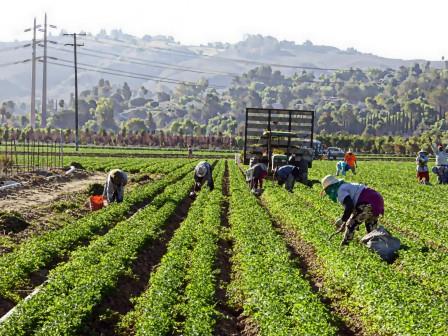 We have in the USA a strong cheap-labor lobby that uses immigration (especially illegal immigration) to force down wages and break labor unions, as well as weaken labor safety standards. This is less the fault of the immigrants than of our own elite employing class and pandering politicians. The immigration issue in the USA is largely an internal class battle between labor and capital, with immigrants as pawns in the conflict. Class division is more basic than the racial and ethnic divide in current U.S. immigration politics, although the latter is not absent. Progressives in the USA, with their admirable historical focus on racial justice, have been slow to see the increasing dominance of the class issue in immigration. The Wall Street Journal, the Chamber of Commerce, and big corporations, in general, do not mind seeing the class question submerged by racial and ethnic politics favoring easy immigration as a cheap-labor supplement to off-shoring. It feeds the myth that we are a classless society, even as it contributes to increasing income inequality. Further, given the closeness of recent elections, a bit of ethnic pandering can be politically decisive.

The USA is also a country of law, or at least strives to be. Illegal immigration falls outside the rule of law and renders moot all democratic policy deliberations about balancing interests for the common good. It is hardly democratic to refuse to enforce democratically enacted laws, even though difficult individual cases arise, as with any law. Humane provisions for difficult cases must be worked out, e.g., children brought here illegally by their parents 20 years ago. We have judges to deal with difficult cases as well as statutes of limitation regarding the time period within which certain laws must be enforced, and this principle could be applied to immigration laws.

Which democratically enacted laws will the open-borders lobby not enforce next? How about laws against financial fraud? We have apparently already quit enforcing those, partly abetted by globalization and foreign tax havens as well as too big to fail or jail banks. Acceptance of illegal immigration is only one part of the broader trend toward impunity, and while impunity for banksters is arguably worse than for illegal immigrants and their employers, the latter still plays a part in undermining the general respect for the law.

Surely our immigration laws could be improved. Indeed, the 1995 US Commission on Immigration Reform, chaired by the late Texas Congresswoman Barbara Jordan, made a good start but was ignored for reasons already suggested. Her commission called for lower legal immigration quotas, stricter family reunification criteria, and enhanced border control, as well as stricter sanctions against employers of illegal immigrants. The last embraced the caveat that ethnic profiling would likely result without a secure national identification system, since employers are not able to adjudicate false documents. A secure identification system would, of course, make it easier to identify illegal immigrants and is often opposed by open-borders advocates and libertarians. The present Congress should build on the good work of the Jordan Commission, but they seem to have forgotten it.

What would an “open borders” policy mean for Bhutan, sandwiched between the world’s two most populous nations? (Image: CC0 1.0, Credit: onestopmap)

Would open borders be good for Japan, Germany, Greece, or for an independent Catalonia, if that should come about? Do any political parties in member countries advocate open borders for the European Union with respect to the rest of the world? Should the areas of the Amazon reserved for indigenous peoples be open to free immigration? Should Bhutan, bordered by the world’s two most populous countries and trying to preserve its culture and ecosystems, declare a policy of open borders?

In developed countries, immigration boosters are especially interested in opening borders to young workers to help cover social security shortfalls resulting from the older age structure caused by slower natural population growth. The cheap-labor lobby is joined by the cheap-retirement lobby. Apparently the immigrants are expected to die or go home as soon as they reach retirement age and would start receiving rather than paying into social security. While working they are expected to boost fertility and population growth sufficiently to postpone the necessity of raising the retirement age or lowering benefits. Population growth is expected, indeed required, to continue indefinitely.

In addition to the cheap-labor and cheap-retirement lobbies, advocacy of open borders comes both from the politically correct faction of left-wing economists and from the libertarian faction of right-wing economists. The former consider any limits on the total number of immigrants as “thinly disguised racism.” All evil is reduced to racism, often “in disguise.” The libertarian economists label any restriction on immigration as a “market distortion,” their synonym for regulation. We already have open borders for capital (as well as goods), so that open borders for labor would complete the global integration agenda—deregulation taken to the limit. This is not “free trade” or reasonable recognition of interdependence among many separate trading economies, as embodied in the 1945 Bretton Woods Treaty. Rather it is a single global economy tightly integrated on the principle of absolute, not comparative, advantage. It is being imposed top-down by transnational corporations via the undemocratic World Trade Organization.

Net immigration is the overwhelming cause of USA population growth. How big should the USA population be? We are currently the third most populous country in the world. Do we aspire to overtake China and India? What numbers define a “more generous immigration policy” and exactly who is being generous to whom, and at whose expense? Our elite is being generous to itself at the expense of both the U.S. working class and of immigrants.

Any limitation of the number of new immigrants still requires selectivity and enforcement of immigration laws. It requires saying “no” to many worthy applicants, which is difficult, and is why some humanitarians are tempted to favor open borders. It is easier to pretend that unlimited “economic” growth can support an unlimited population, including immigrants. Never mind that growth in the USA has, at the margin, become uneconomic, increasing social and environmental costs faster than benefits. The idea of a steady state economy goes out the window, and customary growth-mania is reaffirmed.

If the USA could just set an example of how a country can live justly and sustainably within its ecological limits (i.e., in a steady state economy), that would be a splendid contribution to the rest of the world. We are far from setting such an example—indeed we are not even trying.

Bad Bros and Their Bitcoin
7 replies