As if we really required more prompting, the unfolding nuclear accidents in Japan are confirming what we must do.  When a disaster strikes, the most urgent response is to help those who are suffering, prevent further calamities, and clean up the messes—it’s a time to get busy.  But the next critical step is to figure out what we might do differently—it’s a time to take a step back and contemplate how we got where we are and where we might go from here.  With each passing day, it is becoming increasingly clear that we need to rethink where and how we get our energy supplies.  We can call this Phase 1 of the Great Energy Rethink (GER).  But just as important, and much less considered, is the need to rethink what we do with the energy we generate.  Although it probably ought to come first, let’s call this Phase 2 of the GER. 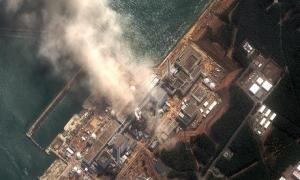 I find that I am profoundly shaken by what is happening in Japan.  For several years, I have been on a self-prescribed media blackout.  My family doesn’t have television reception, so I never watch the news.  I do glance at the New York Times occasionally, but I’ve been focusing more and more of my gaze on local issues. Given the large amount of time I spend on the job considering what’s wrong with the way we manage our economic affairs, I don’t want to flood my mind with negative images of national and global dysfunction.  But I have found it impossible to black out the triple disaster (earthquake, tsunami, and nuclear accidents) in Japan.  The devastation and suffering are beyond description.

The earthquake and tsunami were unpreventable.  After all, we live on a planet where such things occur.  We’ve seen similar devastation recently in Haiti, Sichuan Province in China, Pakistan, and Indonesia and other Indian Ocean nations.  But the venting of radioactive steam and the threat of nuclear meltdown were utterly preventable.  A New York Times article provides an astonishing description of what happened at the Fukushima nuclear power plant where the backup generators failed to cool the overheating reactor:

The central problem arises from a series of failures that began after the tsunami. It easily overcame the sea walls surrounding the Fukushima plant. It swamped the diesel generators, which were placed in a low-lying area, apparently because of misplaced confidence that the sea walls would protect them.

The key phrase in that description is “misplaced confidence.”  Misplaced confidence sums up how we got to this point in history when it comes to selecting sources of energy to power our ever-expanding economy.  Regardless of what smooth-talking P.R. professionals say, a nuclear power facility has been the site of a serious accident about every 10 years: witness Three Mile Island in the U.S. in 1979, Chernobyl in Ukraine in 1986, Tokaimura in Japan in 1999, and now Fukushima in 2011.  “Safe nuclear power” is an offensive oxymoron.

Misplaced confidence also describes our failure to take big strides on phasing out fossil fuels.  We have misplaced confidence that we’ll find a technological solution to climate destabilization, that the market will take care of the problem, and that Mother Nature will continue to warehouse the emissions from our economy with no consequences.

If we can stop misplacing our confidence for a moment or two, we can get on with the task of selecting sane sources of energy.  We can start the comprehensive conversion to renewable resources, a massive makeover that will surely include a process of powering down.  This process of powering down, in turn, will require a re-prioritization of what we actually do with the energy we generate—this is the very moment to take a step back and contemplate how we got where we are and where we might go.

In my own neighborhood, folks are realizing the need to change the sources of energy.  We have a decent start on Phase 1 of the GER, but we are still struggling with Phase 2.  I witnessed the evidence on a recent bike ride.  My friend Bruce and I were cycling on a street that is flanked by an unusual mix of farmland and industrial buildings.  As we were coming up on a factory, we saw workers setting up a huge array of photovoltaic solar panels.  We both wanted to stop and take a closer look for two reasons: (1) the array was by far the biggest we had seen in town, and (2) we had recently embarked on our own process of installing solar panels at our own households.

We rode up  to the array where two men were setting up racks to hold the panels.  One of them approached us, and we began a cheerful conversation.  He was happy to answer our questions, and he was genuinely proud of his work, and rightfully so.  The owners of this factory were taking an important step to switch to a safe and emissions-free power source.

I asked the worker what the factory made.  He said it made advanced rubber compounds.  I was thinking how great it would be to purchase locally made bike tires from this place when he went on to explain that the factory was producing sheets of rubber armor for Humvees in Iraq.  That new knowledge abruptly terminated my thoughts of local sustainability.  I was baffled by the oddity of:

We have misplaced confidence in our ability to make good decisions about our precious energy supply.  Even if we’re successful in making the transition to a renewable energy economy (Phase 1 of the GER), we have to come to grips with Phase 2.  What do we really want to do with our energy supplies?  We’ll regret it if we waste them on a doomed effort to keep the economy growing.

The tragedy in Japan will require action on the ground for some time to come.  For those of us who are not there on the ground, we can do our part to help by getting on with the Great Energy Rethink.

Another Bite out of Life

Surely We Can Do Better than Nuclear Socialism

The Full Seas Act and the College of the 21st Century The Green Transition Scoreboard: How to Invest for a Steady State Economy
Scroll to top
$