by Randy Hayes and Brent Blackwelder

As the global economy grows, it expands into pristine habitats, interferes with critical ecosystems, consumes more resources, and emits more pollutants. Many activities that fall under the banner of economic growth are undercutting the planet’s ecological systems. At the heart of this tragedy are pollution damages that are imposed on society but not factored into company costs. These damages are called externalities because they are externalized by the businesses generating them.

Every day, producers of myriad products impact the biosphere in ways unknown to customers, investors, and policy makers in both host and home countries. By not undertaking the measures necessary to protect ecosystems, these companies avoid responsibility for the damages. And because they have failed to account for the true costs of their businesses, they can sell their products at lower prices than more ecologically responsible companies, gaining an unfair advantage and reaping undeserved profits.

The consumption patterns in many product markets would change if the true costs of production were reflected in the prices of the products, or even if customers, investors, and policy makers had better access to accurate information. There are many possible paths to full internalization of these externalities, but there is no clear map of the territory. As the United Nations Environmental Programme puts it, “in the current absence of sufficient and comparable company disclosures on the environmental impacts of operations and supply chains,” it is difficult to puzzle our way out of the dilemma. In fact, it is virtually impossible to achieve a sustainable economy unless something is done about pollution externalities.

A true-cost economy would align our economic system with nature’s life support systems. Biologists teach us that each living system has feedback loops that allow it to adjust and operate within carrying capacity limits. The human economy is no exception, but we’ve short-circuited an important feedback loop by letting companies externalize the costs of their pollution. The time has come to adopt systematic rules that add pollution costs to the prices of goods and services. Such rules would provide critical information that is necessary to keep the scale of the economy within the planet’s carrying capacity. A true-cost system would solve real problems, but how can we put such a system in place? 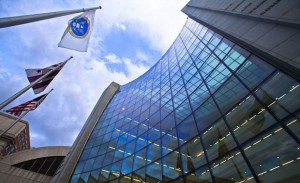 A small change at SEC headquarters could have big effects.

The mission of the U.S. Securities and Exchange Commission (SEC) is to protect investors, maintain fair, orderly, and efficient markets, and facilitate capital formation. Although the SEC requires public companies to disclose certain financial information, it does not require them to disclose information about their health and environmental externalities. Changing the requirements could produce widespread positive impacts.

Public companies are responsible for as much as one-third or more of all pollution externalities. By requiring these companies to track and report the costs that they typically externalize, we would not only set a legal precedent, but we would also begin to instigate the much deeper social and cultural changes needed to achieve a true-cost economy. If we can compel the largest and often most intransigent corporations to disclose how they are impacting the planet, truth and honesty can begin to displace “dark costs” and secrecy. With such a cultural shift, we will perhaps no longer be talking about imposing disclosure requirements, but rather enjoying increased cooperation and forthrightness.

CERES (a prominent nonprofit organization), religious groups, and pension funds have pushed for shareholder resolutions and achieved important successes toward institutionalizing broader disclosures. Other groups have petitioned the SEC to adopt a flexible environmental, social, and governance (ESG) reporting framework, such as that developed by the Global Reporting Initiative. These efforts are worth applauding, but we need a bigger, bolder solution that confronts the magnitude of the problem and paves the way for a sustainable, true-cost economy.

The best route is to empower the SEC to force each public company to provide an annual ecological impact disclosure. Such a disclosure would be more effective than a flexible or voluntary framework — it would require specific data, reported in standard forms. Each reporting company would provide information about its own operations as well as those of other companies in its supply chain. In addition to aggregate, company-wide information, companies would provide site-specific data so that the public can determine where impacts are occurring.

Many investors have been calling for this sort of information to help them make better decisions about where to put their money. But this is precisely the kind of information that has been kept from the public for the past century. Keep an eye on the efforts at Foundation Earth over the next year to remedy this situation.

Randy Hayes is the founder of the Rainforest Action Network. Brent Blackwelder, a regular contributor to the Daly News, is the president emeritus of Friends of the Earth.