Chances are that when you hear the phrase “Comprehensive Economic Development Strategy,” you don’t immediately think of dramatic change in the established political-economic order of things. The words don’t seem revolutionary. They certainly don’t call to mind images of furtive guerillas toting rifles or of throngs in public squares using chains and ropes to topple statues. Chances are equally good that unless you hang out with economic development officers or land use planners, you’d have a hard time rounding up a dozen people who’d sit still long enough to hear what a CEDS is, let alone why it might be of interest to them. But despite the dry name, the document recently released by Vermont’s Department of Commerce and Community Development portends a quiet, far-reaching revolution in governance in the Green Mountain State–and perhaps on a larger stage.

The potential for this enormous change is signaled in a short, clear statement from the report’s Executive Summary:

…This CEDS sets out a unique, overarching goal: it proposes to not only grow jobs and wages and increase our Gross Domestic Product, but also to improve the Genuine Progress Indicator (GPI)…by 5% over baseline over the next five years.

With this language, Vermont becomes the first state to make explicit use of an alternative indicator in setting goals for economic development. The commitment to use the GPI in this way places Vermont in the forefront of a growing national movement to integrate the GPI into social and economic policy. Because GDP-based economic development is so wrong-headed, this commitment is a matter of common sense; and yet, because GDP-based economic development is so deeply woven into the substance and texture of our political economy, using basic common sense here is a powerfully transformative act.

The faults and flaws of GDP as a measure of economic progress are well known and don’t need to be repeated in detail here. It was never intended to serve as a measure of economic wellbeing, and one of the largest problems in using it for that purpose is that it doesn’t subtract environmental damage as a cost of economic development. Instead, it simply ignores these losses as externalities–until and unless money is spent to correct them, at which time the remediation of the cost is transformed, as if magically, into an apparent economic benefit. (This is a macroeconomic instance of what is generally called the broken window fallacy.) Negative environmental externalities occur when economic activity exceeds one of the planet’s local, regional, or global source-and-sink limits and thereby imposes harm, damage, cost or loss on innocent third parties–people who neither produce nor consume the goods whose production damages the environment. (Traditional economists don’t talk of “innocent” third parties when they discuss externalities, but the morally charged language is appropriate. Why should it be acceptable for profit-seekers to impose uncompensated loss on the general public?)

In contrast, the Genuine Progress Indicator subtracts environmental and other costs from the ledger, giving a more accurate bottom line. In doing so, GPI applies the principles of double-entry bookkeeping to the economy as a whole. The invention of double entry bookkeeping was a crucial to the growth of capitalism; a business can’t stay in business for long if its managers have no idea how its debits stack up against its credits, how its costs compare to revenues. And what’s true at the micro scale is true, in this instance, at the macro scale: because GDP systematically miscounts costs as benefits, we’re about to go environmentally broke–the entire economy may go out of business as climate change and loss of biodiversity bring dramatic, civilization-threatening change. 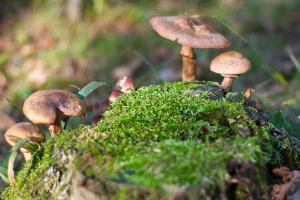 There is nothing in the Genuine Progress Indicator that says, explicitly, “there are ecological limits to economic growth.” But because it subtracts environmental costs from economic benefits, the GPI is a finite planet indicator that will, if implemented accurately, lead policy makers to this realization. Consistent, accurate compilation of the GPI will make clear that for any given ecosystem, at some point economic growth that is rooted in that system costs more in ecosystem service losses than it brings in economic gains.

This means that there are limits to the amount of economic production the planet’s ecosystems can support. Obviously, that fact has implications for economic development and the policies that promote it. Foremost among those implications is the necessity of abandoning the traditional “jobs and GDP” focus of development policy. As noble as it may be to aim to assure every aspiring worker the dignity of useful work, and as comforting as it is to think that we can continually add to our national stock of wealth by perpetually growing our national income, neither goal can be accomplished forever (or even, arguably, in the near term) through policies that take GDP growth or job growth as their sole and solitary focus. A commitment to perpetual full employment that is not also connected to an effort to limit population growth is at bottom a commitment to perpetual economic growth, a chimerical ideal. And because GDP so badly miscounts costs and benefits, failing to keep them separate, any policy effort that aims solely at increasing GDP is destined to be fatuous.

In announcing a development goal that is couched in terms of the GPI, Vermont has put itself on a path that will lead away from traditional “jobs and GDP” thinking–though the divergence of the two paths is not yet fully clear to policy makers. (Recall that the CEDS document aims not only at improving the GPI but also to “grow jobs and wages and increase…GDP.”) No doubt many of the legislators and policy makers who supported the state’s adoption of GPI as a better accounting system did not and would not embrace the notion that there are limits to economic growth. But the contrast between new-think and old-think, between finite and infinite planet thinking, between promoting sustainable economic activity and continuing the “growth forever, business-as-usual” mindset can only become clearer with time. As awareness of the GPI and its precepts filters into state decision-making processes, Vermont will find itself increasingly led to develop in ways that are sustainable and that do not damage the delivery of ecosystem services to its citizens. That kind of development will give the state a competitive edge in the region and nation, as it lays a foundation for the sustainable, post-petroleum, post-perpetual-growth economy that must come to the entire planet, in one version or another, sooner or later. (After all, the one thing you can know about an unsustainable system is that it won’t last.) Vermont’s policy use of the GPI is transformative common sense that will make that inevitable transition smoother and less disruptive for all Vermonters.

The Overlooked Anniversary: Forty Years Ago Congress and the President Called...